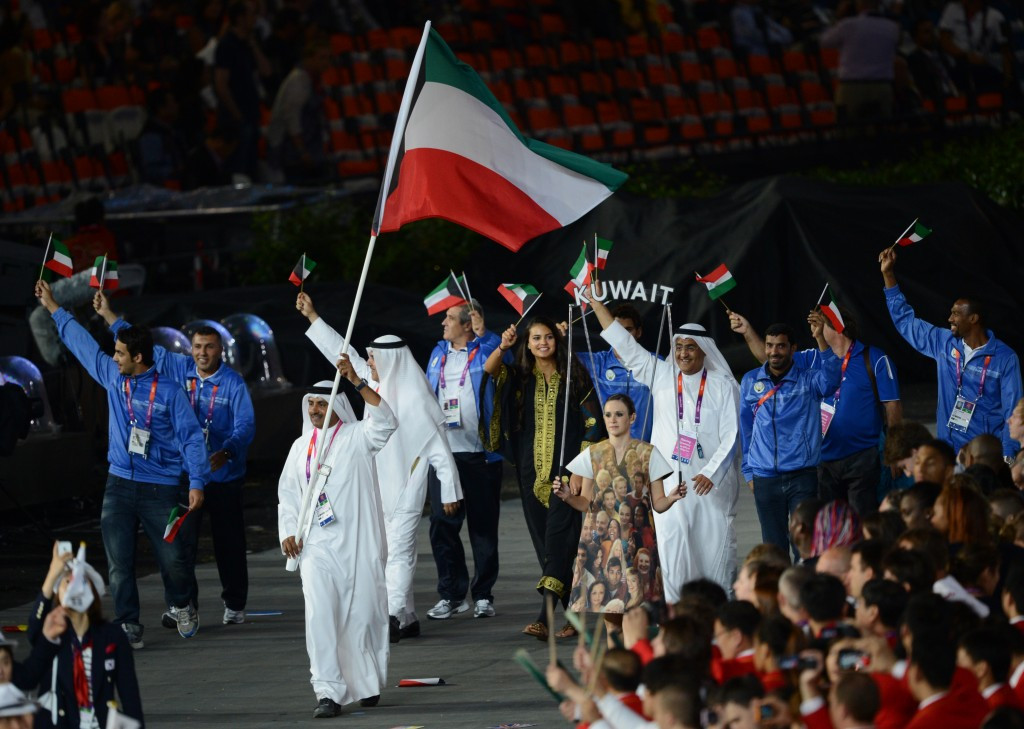 The International Olympic Committee (IOC) has rejected a request by the Kuwaiti Government to temporarily lift a sports ban on the country’s athletes.

Kuwait was suspended by the IOC in October 2015 for Government interference, with FIFA and numerous other International Federations (IFs) swiftly following suit.

Last month, Kuwait’s Public Sports Authority (PSA) called on the IOC and other major sports bodies to lift their suspensions - brought in because of a new sports law in the Gulf nation - on a temporary basis and briefly end their current exile from world sport.

In a statement published by the state-run Kuwait News Agency (KUNA), the PSA urged IFs to "lift the ban on Kuwaiti sports activities temporarily until relevant local laws are revised".

But in a letter addressed to Kuwait’s Minister of State for Youth Affairs, Sheikh Salman Sabah Al-Salem Al-Humoud Al-Sabah, the IOC said that it "will not be in a position to reconsider the situation" until the country complies with a  number of steps to become fully compatible with the Olympic Charter.

The PSA claims the Kuwaiti Government is making "serious and relentless efforts" to have the suspension revoked.

Its attempts have failed to convince the IOC, however, with a spokesman confirming to insidethegames that the ban remains in place.

"The situation has significantly deteriorated over the past months due to a number of decisions taken in violation of the principles and rules of the Olympic Charter which has constrained the IOC to react accordingly and to reiterate its position," the IOC letter to Sheikh Salman reads.

The IOC also demanded the authorities immediately reinstate the Kuwaiti Olympic Committee (KOC) and dissolve or dismiss any "parallel bodies/officers appointed by the Kuwaiti authorities that are not recognised by the IOC".

Sheikh Salman recently wrote a letter to the Asian Football Confederation (AFC) asking for the governing body to "agree to temporarily lift the suspension imposed on Kuwaiti sport activity for enabling the Kuwaiti athletes to participate in the qualifiers for the 2019 Asian Cup".

In a statement, the AFC agreed to extend the deadline for Kuwait to be accepted as a member of FIFA to January 11 but warned that date would be final.

They had initially been given until December 23 to fulfil the criteria for reinstatement into FIFA, which would then allow them to attempt to qualify for the 2019 Asian Cup.

Athletes from Kuwait were only able to compete at the Rio 2016 Olympic Games independently under the Olympic Flag as the Sports Ministry introduced a new law giving them the power to take over all sports bodies and National Federations, as well as being able to control decisions including appointments and financial matters.

This is a breach of the IOC's strict rules on Government interference but Sheikh Salman now claims to be fully committed to making the required changes.

However, opponents have hit back and accused him of stalling for time by giving a six-month window for appealing the law.

The KOC had been dissolved following the passing of the new law along with national governing bodies for basketball, football, handball, judo and swimming.

Sheikh Ahmad Al-Fahad Al-Sabah, the Kuwaiti IOC member and President of the Olympic Council of Asia and Association of National Olympic Committees, is also an AFC representative on the FIFA Executive Committee.

When contacted by insidethegames, the IOC said the Kuwaiti Government has been aware of the steps that need to be completed in order for the situation to be re-considered since the beginning of the case.