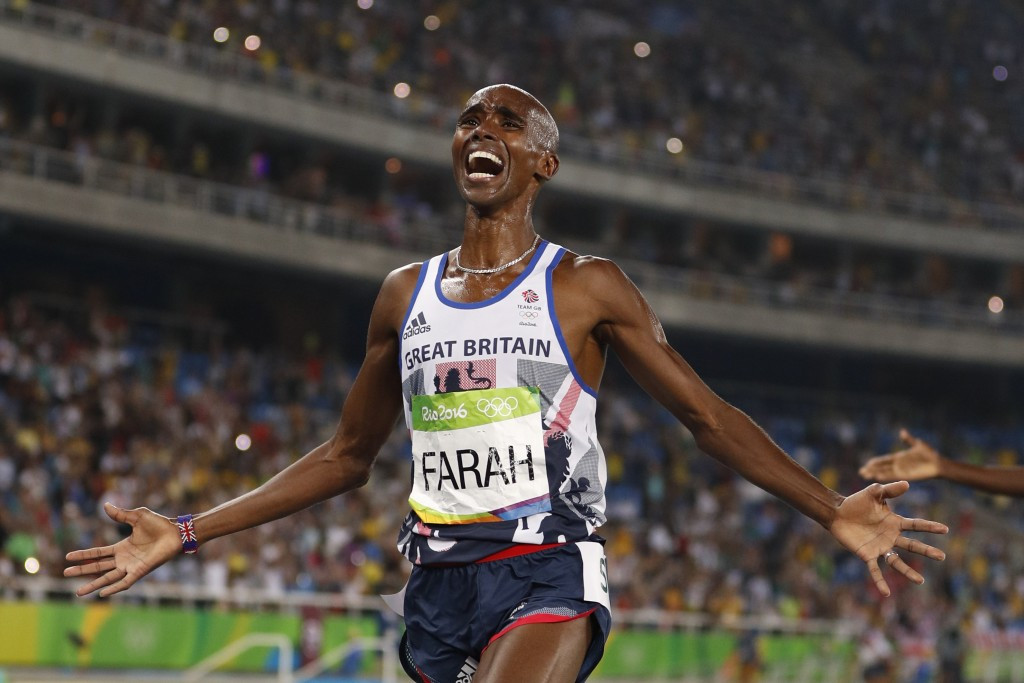 Mo Farah's two gold medals are among a number of Rio 2016 results removed from the International Olympic Committee (IOC) website, which some are speculating has been hacked.

Farah, who was one of numerous athletes to have their leaked data revealed by hacking group Fancy Bears' following cyber-attacks on the World Anti-Doping Agency (WADA) earlier this year, is no longer listed at the top of the 5,000 metres and 10,000m rankings.

Other gold medals not listed are those from the men’s marathon and women’s 5,000m won by Kenya’s Eliud Kipchoge and Vivian Cheruiyot respectively.

The women’s 1,500m bronze medal won by the US’s Jennifer Simpson has also been removed, as has the women’s 10,000m silver won by Cheruiyot and women’s 50m freestyle bronze won by Belarus’ Aliaksandra Herasimenia.

The IOC has claimed the disappearance of the results is due to a technical issue, and given there is no suggestion of medals being stripped, there is speculation its website could have been hacked.

Earlier this month, the IOC appointed of Gerry Pennell as chief information and technology officer as it seeks to improve its cyber security systems.

Pennell served four years working in a similar role as chief information officer at London 2012, where he was responsible for the design, procurement and operation of the technology programme before and during the Games.

He was awarded an Olympic Order as well as the Order of the British Empire (OBE) following those Games.

Sporting bodies have become increasingly concerned about the dangers of cyber attacks in recent months after the leaking of confidential WADA information about athlete medical records.

This was obtained via a hack from the Russian-linked Fancy Bears' group.

It is thought they used an IOC password to gain access to the WADA Anti-Doping Administration and Management System (ADAMS) system.

Other sporting bodies to have suffered hacks include the United States Anti-Doping Agency and the Canadian Centre for Ethics in Sport.

More than 100 athletes who competed at Rio 2016 have been named as having obtained Therepeutic Use Exemptions (TUEs) by Fancy Bears' in recent months.

It has led to criticism of the TUE system and claims that use of them should be made fully public.

WADA has hired cyber security firm FireEye Inc to assess the extent of the data breach by Fancy Bears' and to improve its defences to avoid a future attack.

But the organisation has contested the need for reform to the TUE system and defended athletes' right to medical privacy.

Farah, who successfully defended his 5,000m and 10,000m Olympic titles at Rio 2016, received a TUE form to take corticosteroid triamcinolone in 2008.

In 2014, he was given permission to use three separate substances, including one by intravenous injection.

A year earlier, the Briton was reported in The Guardian as having said that he had only ever taken one TUE in his career.