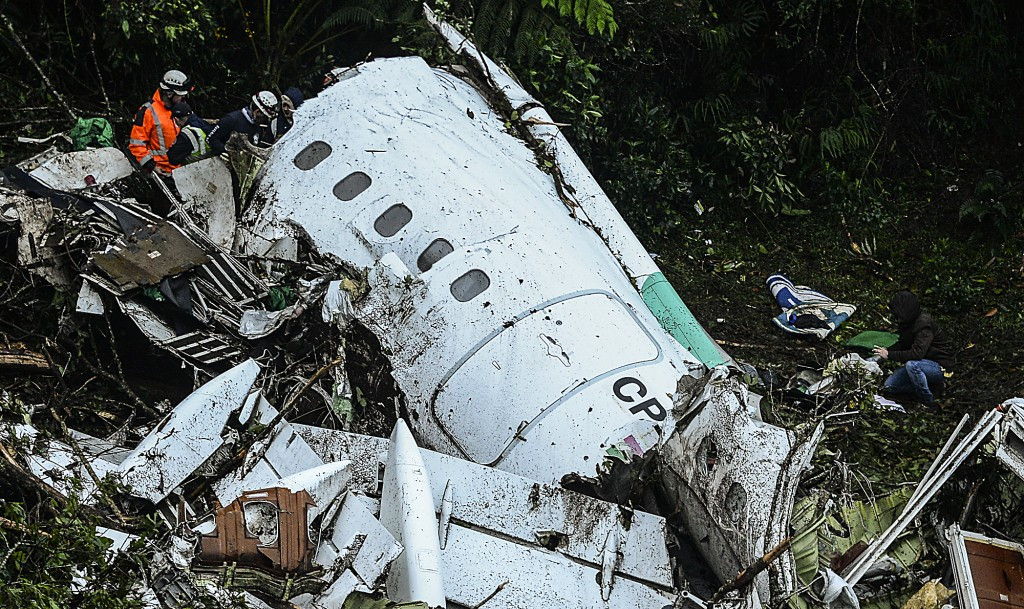 A plane carrying members of Brazilian football team Chapecoense crashed because it had run out of fuel as it attempted to land in Medellin, Colombian civil aviation authorities have reportedly said.

There was no fuel in the aircraft’s tank on impact, an official told Brazil’s O Globo newspaper, confirming that there is audio of the pilot requesting to land because of a fuel shortage and electrical failure.

According to O Globo, delays getting from São Paulo to Santa Cruz de la Sierra, where the team chartered the plane that crashed, meant a scheduled refuelling stop in the Bolivian city of Cobija was abandoned because the airport does not operate at night.

The pilot had the option to refuel in Colombia’s capital Bogotá, but instead headed straight to Medellin where it crashed on a mountainside.

"The pilot was the one who took the decision," Gustavo Vargas, a representative of Lamia, which operated the plane, was quoted as saying in Bolivian newspaper Pagina Siete.

"He thought the fuel would last."

Colombian police initially said that 76 of the 81 people on board died, but the death toll lowered as it emerged four people did not get on the plane.

Chapecoense goalkeeper Danilo was one of just seven people initially found alive in the mangled remains, but the 31-year-old died from his injuries a short time later despite being rushed for treatment after the crash.

Three of the six survivors are Chapecoense players, with two of them remaining in a critical but stable condition.

Another of the club's goalkeepers has had one leg amputated and could lose his other foot.

In a leaked recording of the final minutes of the doomed flight, the pilot can be heard repeatedly requesting authorisation from the air traffic tower to land because of "fuel problems".

As the plane circled in a holding pattern, the pilot grew more desperate, saying "complete electrical failure, without fuel".

Just before the audio recording ends, the pilot is heard asking urgently for directions to the airport.

The plane’s "black boxes", which record flight details, are due to be sent to the United Kingdom to be opened by investigators.

"Having been able to do an inspection of all of the remains and parts of the plane, we can affirm clearly that the aircraft did not have fuel at the moment of impact," civil aviation chief Alfredo Bocanegra told a news conference.

Another aviation official, Freddy Bonilla, said the plane did not have the stipulated 30 minutes of fuel in reserve to reach an alternative airport in an emergency.

The team was due to play against Medellin-based side Atlético Nacional in the first leg of the final of the Copa Sudamericana, South America's second most important club competition behind the Copa Libertadores.

The match was scheduled for yesterday but was suspended.

Last night, tens of thousands of fans came together at the Medellin stadium, and at Chapecoense's home ground in Chapeco, to pay tributes to the 19 players lost in the crash.