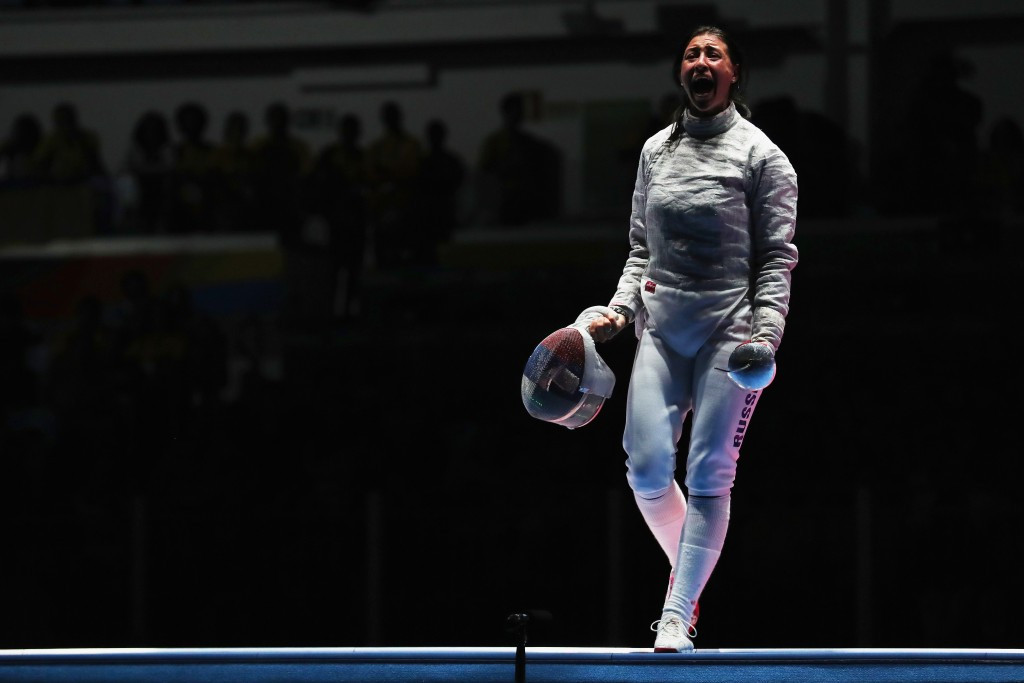 The 22-year-old claimed gold with a 15-11 victory in the final over Anna Marton of Hungary.

It followed a 15-8 success over French rival Cecilia Berder at the semi-final stage at the Hotel IBEROSTAR Mayan Paradise in the Mexican city.

Kim Ji-yeon of South Korea lost the other semi-final in thrilling fashion, 14-13 to Marton.

It ensured the perfect end to a year for Egorian in which she also claimed individual and team titles at the Rio 2016 Olympic Games.

Berder and Kim each had to be content with bronze medals.

France and Italy shared the four other quarter-final positions.

Frenchwoman Manot Brunet lost to Marton to continue a year of near-misses in which she also finished fourth at Rio 2016.

Men's sabre action is due to conclude tomorrow.