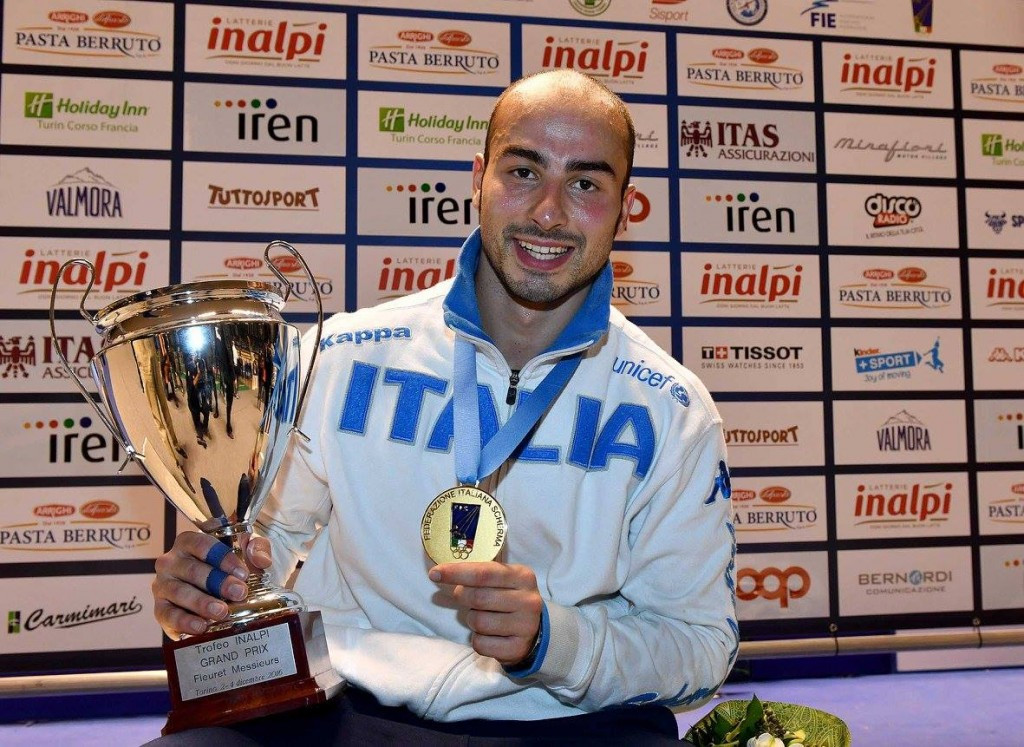 Alessio Foconi gave the home fans plenty of reason for cheer at the International Fencing Federation (FIE) Turin Foil Grand Prix as the Italian overcame the United States’ Alexander Massialas to secure the men’s individual title at the Palasport Ruffini.

He had earlier claimed a 15-9 semi-final win over France’s Enzo Lefort, who eliminated Olympic champion and home favourite Daniele Garozzo in the last 16.

Foconi dedicated his maiden FIE Grand Prix win, which came courtesy of his first-ever victory over Massialas, to the victims of October's earthquake in the Italian region of Umbria.

"I wanted to win because I’ve never won a Grand Prix," added the 27-year-old, who moves up nine places to number 10 in the world rankings.

"My best result was a second place in Cairo, so I’m very happy."

Lefort was joined on the third step of the podium by South Korea’s Kim Hyogon after he lost the other last-four encounter to Massialas, 15-6.

The FIE Grand Prix series features three events in each of the three weapons, foil, épée and sabre, and visits nine iconic cities around the world.

Other than the Olympics and Fencing World Championships, the Grand Prix is the most valuable event on the FIE calendar in terms of ranking points.