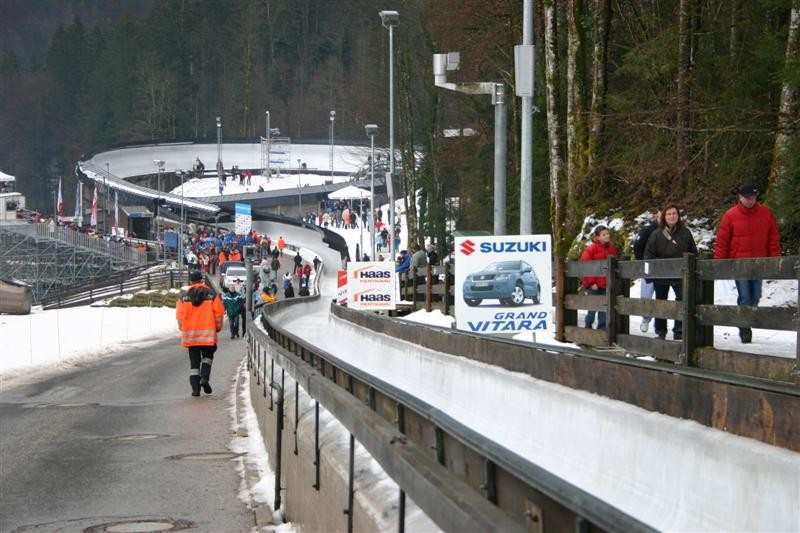 Königssee in Germany has emerged as a contender to step-in and host the 2017 International Bobsleigh and Skeleton Federation (IBSF) World Championships as Russian figures consider demanding compensation after Sochi was stripped of the event.

The IBSF verdict, announced yesterday in response to evidence of state-sponsored Russian doping at events including the Sochi 2014 Winter Olympic Games, has been warmly praised by athletes around the world but fiercely criticised within Russia.

Evidence published in the McLaren Report suggests more than 1,000 home athletes are implicated, including medal winners in sliding sports.

The International Olympic Committee (IOC) told insidethegames that they "welcome the decision taken by the IBSF which is fully in line with the recommendations of the Olympic Summit and the IOC Executive Board".

No replacement host has yet been announced, but Germany have already declared a willingness to step-in as host at short notice.

"I think the IBSF is very much focused on the Königssee," German Bobsleigh and Luge Federation (BSD) general secretary Thomas Schwab told Sport1.de.

"We are well-known for accepting such challenges I hope everything will be perfect by Friday (December 16)."

The World Championships were due to take place at the Sanki Sliding Centre track used for the Sochi Olympics from February 13 to 26.

Königssee is scheduled to host the sixth IBSF World Cup leg from January 27 to 29, so it seems possible the two events could be held together then.

The Bavarian resort hosted the flagship World Championships event in 1979, 1986, 1990 (for men's skeleton events only) 2004 and 2011, when they stepped-in to replace initial choice Cortina d'Ampezzo in Italy.

The Russian Bobsleigh and Skeleton Federation (RBSF) claimed yesterday to have "accepted" the decision but criticism has since grown within the country.

Russian Sports Minister Pavel Kolobkov criticised the way the IBSF announced the decision without, he claims, contacting the RBSF.

"We should also look very closely right now at the agreement our Federation entered with the IBSF," he told R-Sport.

"We will clarify all these questions and take further decisions.

"I think there are some expenses [the] Federation could carry.

"It is necessary to find out and we must understand that if there are costs, how is the International Federation going to compensate them?"

Russian Presidential spokesperson Dmitry Peskov also criticised the decision as it was based on what he sees as the flawed conclusions of the McLaren Report.

"We believe that these allegations are baseless and really politicised," he told the Sputnik news agency.

"And in this regard, we express our regret."

State Duma deputy Igor Lebedev went even further in suggesting to Championat.com how the decision was a form of revenge for the Russian military victory in Aleppo, Syria.

He also expressed concerns that clamour may grow to strip Russia of the FIFA World Cup in 2018.

But athletes around the world have welcomed the move as a strong stand in the struggle against doping.

Lizzy Yarnold, the British skeleton gold medal winner in Sochi, was the first to call for a possible boycott in October.

"So glad our voices are being heard and our sport is joining the fight against doping in sport," she tweeted following the announcement.

Latvia's world champion and Olympic silver medalist Martins Dukurs, whose country had already vowed to boycott the event if it was not moved, claimed "this situation is the best solution".

"It is not necessary today to hold the World Championships in Russia," he told Championat.com.

Zubkov claimed two and four-man bobsleigh titles at his home Games and has since been elected head of the RBSF.