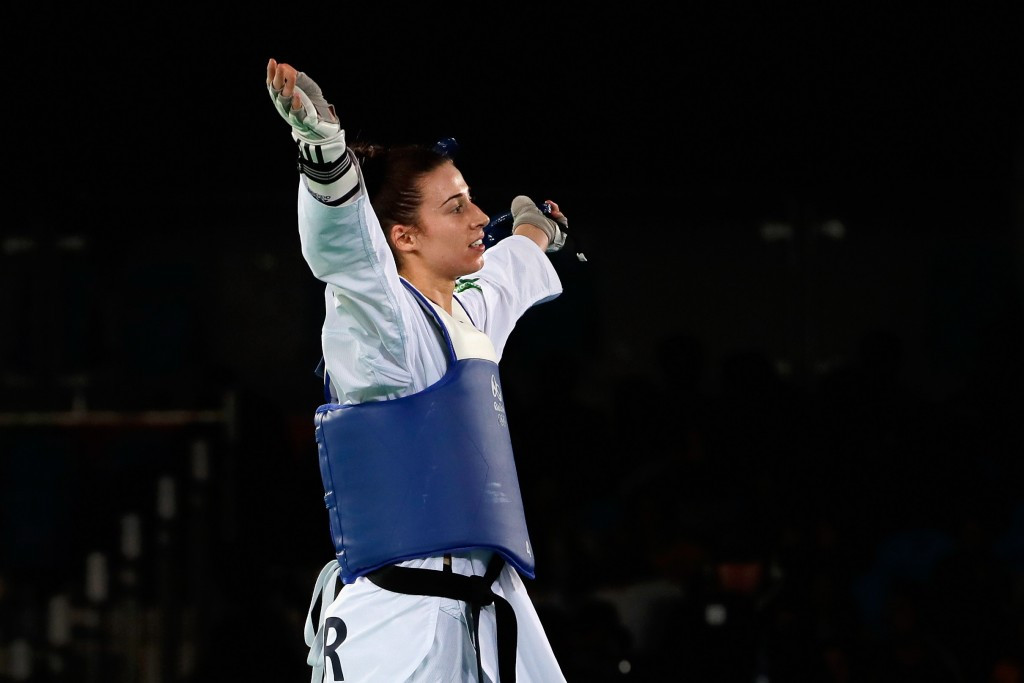 Walkden, who lost against Zheng in the semi-finals at Rio 2016, defeated her rival 3-1 at the Sarhadchi Olympic Sports Complex.

After a scoreless first round, Walkden unleashed a rapid axe kick to Zheng’s face to take a 3-0 lead in the second.

The Chinese athlete managed to claw back one point in the third, but it was not enough to deny her opponent the win.

Walkden’s compatriot Jones showed why she is the Olympic champion in the women’s under 57kg category, beating Egypt’s Hedaya Malak 7-0 in the final.

Arguably the most entertaining final of the day came in the men’s under 68kg category as South Korea’s Lee Dae-hoon claimed a dramatic 5-3 win over Belgium’s Jaouad Achab.

Achab struck first in the opening round with a twist kick to Lee’s body, but the Korean managed to level the scores from close range going into the second.

Lee scored to the body to make it 2-1 at the end of round two before Achab restored parity in the third with a back kick that drove his opponent out of the area.

With the clock counting down, Achab scored with a punch for a 3-2 lead only for Lee to return with a kick to the body that levelled the scores once more.

In the last 10 seconds, a flurry of techniques that were too fast to call saw the scoreboard go to 4-3 and then 5-3 to Lee to settle an epic encounter.

The bronze medal match was an all-Russian clash between Konstantin Minin and Alexey Denisenko with the former winning by virtue of a golden point.

Finishing second to Britain in the overall medal standings were South Korea, thanks to their two gold medals.

The WTF is set to hold its Gala Awards in Baku tomorrow, with the World Taekwondo Team Championships scheduled for Monday (December 12) and Tuesday (December 13).