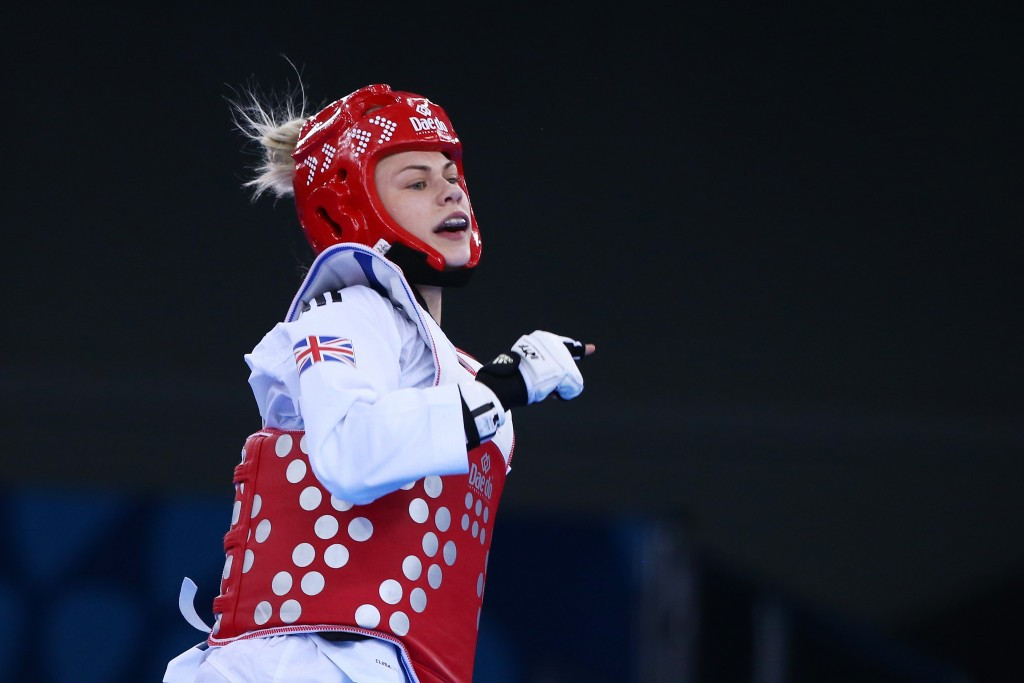 Charlie Maddock of Great Britain pulled off a surprise today as she beat Olympic champion So-hui Kim to win gold on day one of the the World Taekwondo Federation (WTF) Grand Prix final in Baku.

The event invites the 128 top Olympic-ranked athletes, fighting in four female and four male weight categories, to earn ranking points in advance of the 2017 fighting season.

Maddock claimed the first gold of the event in the women's under 49 kilogram as she defeated Rio 2016 gold medallist Kim of South Korea.

Baku 2015 European Games champion Maddock made light work of her opponent as she comfortably won 4-0.

In the second women's competition today Rio 2016 Olympic champion Hyeri Oh of South Korea prevailed in the under 67kg competion.

Hyeri fought against Asian rival Chia Chia Chuang of Chinese Taipei in the gold medal match but proved too strong for he continental foe as she won 8-4.

It was the Swede that secured third place however as claimed the vital golden point.

Harchegani of Azerbaijan dispatched Rene Lizarrage of Mexico 18-0 in the semi-finals of the men's under 80kg competitions and stormed to a 12-0 win in the final to win the gold medal.

Seif Eissa of Egypt, who had earlier beaten Russia’s Albert Gaun 7-5 to reach the final, proved no match for Harchegani as he stormed to the comfortable victory in front of a raucous home crowd.

In the bronze medal match, Lizarraga took on Gaun who looked far more in control than he had in the semis as he went to claim third place 10-3.

Meanwhile in the fourth category today, Mexico's Navarro claimed gold in the men's under 58kg competition with a stunning body kick to South Korea's Tae-hun Kim.

Following a scoreless contest referees called for test kicks on the Protector Scoring System (PSS) to check it was working correctly.

The gear registered the kicks, so action continued.

Seconds in, Navarro tried a back kick and missed before firing a picture-perfect round kick to the body for the point and the gold.

Action continues tomorrow, where the remaining four Olympic weight categories will be contested.

The second day of the event includes the men's under-68kg and over-80kg categories, while the women will be compete in under-57kg and over-67kg competitions.