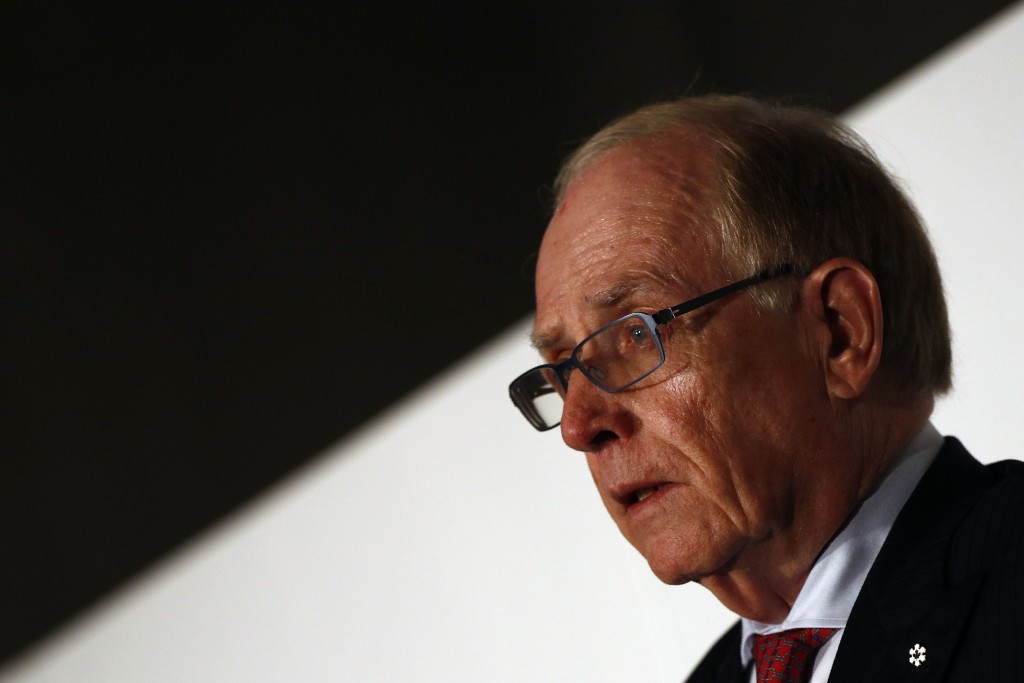 More than 1,000 athletes across summer, winter and Paralympic sports were involved in a widespread state-sponsored doping system in Russia akin to an "institutional conspiracy", Canadian lawyer Richard McLaren has claimed when delivering the second part of his report here today.

This includes at least a total of 600 summer athletes and 95 winter athletes, the report revealed.

Medallists from London 2012, the 2013 Universiade in Kazan, the 2013 World Athletics Championships and the Sochi 2014 Winter Olympics were implicated, according to McLaren, although no names were given.

The report featured evidence of the tampering of samples of 12 medallists from Sochi, four of which won gold.

Six winners of 21 medals at the Winter Paralympics also had their sample tampered with.

More than 30 sports were involved in or benefited from the doping system, McLaren said.

McLaren, appointed as the World Anti-Doping Agency (WADA) independent person to investigate the doping claims, also said Russia "corrupted the London Games on an unprecedented scale, the extent of which will probably never be established" as he detailed further evidence of the initial findings released in the first report in July.

The "systematic and centralised cover-up and manipulation of the doping control process", which "evolved and was refined" over the course of its use at several major events, was in place between 2011 and 2015, he said.

It was "a cover-up that evolved over the years from uncontrolled chaos to an institutionalised and disciplined medal-winning strategy and conspiracy".

The scheme had the involvement of "Russian officials within the Ministry of Sport and its infrastructure" as well as the anti-doping body, the Moscow lab, and the FSB.

"It is impossible to know just how deep and how far back this conspiracy goes," added McLaren.

"For years, international sports competitions have unknowingly been hijacked by the Russians.

"Coaches and athletes have been playing on an uneven field.

"Sports fans and spectators have been deceived.

"It is time this stops."

The initial report in July was met with a fierce, dismissive backlash from Russia, with many officials claiming there was no evidence to back up the findings.

However, McLaren seemed to have addressed this in the second report as the new findings include evidence such as DNA analysis, which proves samples were swapped.

Other tests proved that doping sample bottles had been opened, with visible scratch marks made using a thin mental strip - a device which matches the description of one used by the FSB.

An unnamed expert was given 13 bottles and could easily identify which had not been tampered with.

The report also claimed that salt and coffee were added to urine samples in order to avoid detection.

This was done to make the urine look like a "dirty sample" rather than one which had been replaced with a clean sample.

The report's findings regarding the London 2012 Olympics, where Russia finished with a total of 72 medals, 21 of which were gold, detail how "washout testing" was used to determine whether those athletes on a doping programme were likely to test positive at the Games.

It was used to ensure a smooth transition from "older doping programmes", which used drugs such as steroid oral turinabol, to a cocktail of drugs given to athletes by the Sport Ministry, named the "Duchess".

"We have evidence that washout testing was being performed for at least athletics and weightlifting on a weekly basis," McLaren said.

"These activities were supported by senior Russian officials, including the Minister and Deputy Minister of Sport, senior and national team coaches, RUSADA, the CSP and the Moscow Laboratory.

"And so, only the athletes that would test negative as a result of the washout sheet monitoring competed in London.

"The results speak for themselves.

"No Russian athlete was found positive for a prohibited substance during the Games and the testing at the time.

"The desire to win medals superseded their collective moral and ethical compass and Olympic values of fair play."

McLaren admitted, however, that he was unable to uncover any link between the state-sponsored programme and the Russian Olympic Committee (ROC).

The lack of a clear link was one reason given for why the International Olympic Committee rejected a WADA call for a Russian blanket ban from August's Olympic Games in Rio de Janeiro.

"There is no direct evidence that members of the ROC were involved in this conspiracy," he said.

The responses from the IOC and WADA led to a protracted feud between the two organisations which respective Presidents Thomas Bach and Sir Craig Reedie have since agreed to bring to an end.

McLaren criticised the way in which the bodies had acted in recent months, claiming he found it "difficult to understand why we are not on the same team".

"Over the past few months, we have seen in-fighting between many different actors within International Federations and within the anti-doping world," the Canadian said.

"I find it difficult to understand why we are not on the same team.

"We should all be working together to end doping in sport.

"My investigation has gone a long way to bringing this dark secret out into the open.

"Now we must move forward together and find solutions."

Today's findings could see the relevant International Federations bring sanctions against athletes implicated in the report as they will be given summaries of the information regarding every competitor named.

The IOC have set-up two separate investigations - chaired by two Swiss officials in the country's former President Samuel Schmid and IOC member Denis Oswald - which are vowing to consult with both McLaren and figures within Russia before taking action.

McLaren produced his initial findings at a press conference in Toronto in July shortly before the beginning of the Olympic Games in Rio de Janeiro.

It investigated claims, first made by former Russian anti-doping director Grigory Rodchenkov in the New York Times, that Russia had operated a state-sponsored scheme in Sochi.