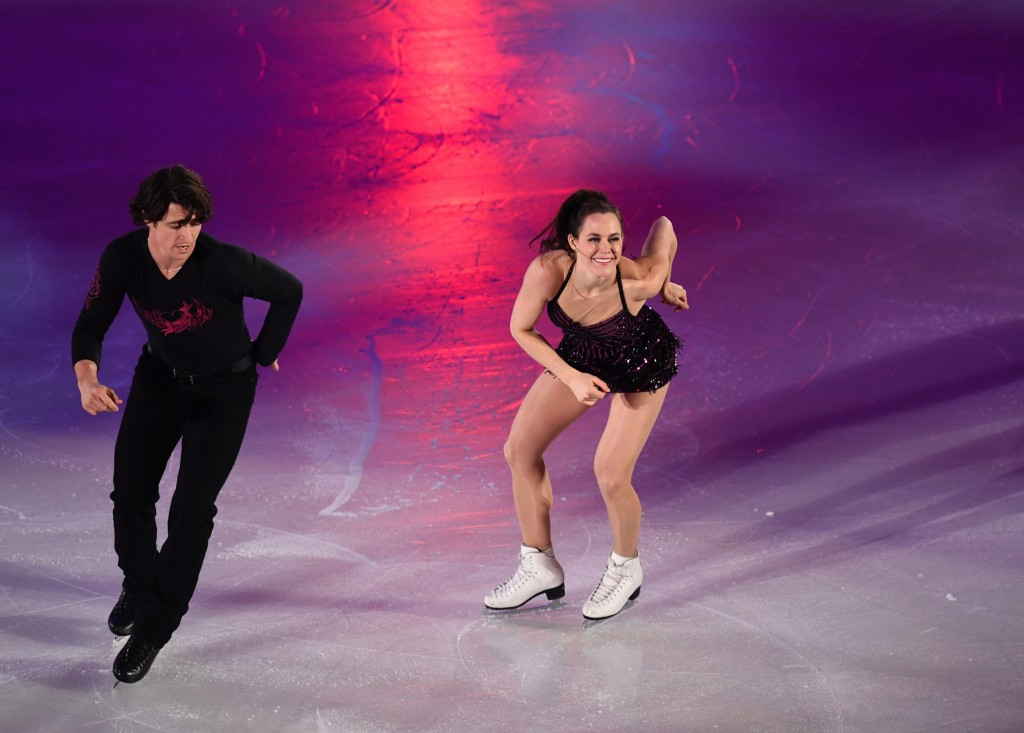 Canadians Tessa Virtue and Scott Moir secured the ice dance gold medal with a world record total score on the final day of the NHK Trophy in Sapporo.

The duo produced an excellent free skate to win the sixth and final regular season competition in the International Skating Union (ISU) Grand Prix of Figure Skating in the Japanese city.

By finishing in the top two, Virtue and Moir were joined by Papadakis and Cizeron in securing qualification for the ISU Grand Prix of Figure Skating Final, which is to be held in Marseille in France between December 8 and 11.

Performing to "Pilgrims on a long journey" and "Latch", Virtue and Moir completed level-four lifts, spins and twizzles and got a level three for their circular and diagonal step sequences.

The Sochi 2014 Olympic silver medallists scored a personal best of 116.37 points which gave them a total score for the competition of 195.84.

The Canadians, who had led overnight after the short dance, slightly surpassed the old world record of Meryl Davis and Charlie White of the United States, who recorded a mark of 195.52 points at Sochi 2014.

"It feels great to be back, we’re excited to build on this momentum as we head into the Grand Prix Final," Virtue said.

Moir added: "Tessa and I always have been a team that doesn’t really pay attention to the points.

"It is kind of great to hear that you got a world record score, but it doesn’t really mean very much.

"For us, the focus is just on our skating and just being in the mix again."

Papadakis and Cizeron’s performance was highlighted by an impressive series of lifts that merited level four and level-three footwork, but the twizzles were only rated at level two.

The two-time and reigning world champions earned 111.06 points and accumulated 186.66 points in total.

"We didn’t have our best performance today, we did a few mistakes and we’re not very happy with our performance," said Papadakis.

"But it’s fine, we learn, it can happen and we’ll get back home and work."

"We were very happy with our performance today, mostly because we were able to skate full out," said Cappellini.

"We didn’t hold back at all, we were able to skate the programme as we are able to in practice.

"We were able to enjoy it and to have many lovely moments with the crowd before we skated and during the performance."

Elsewhere in the standings, Kaitlin Hawayek and Jean-Luc Baker of the United States moved up one spot to fourth on 169.75 while Russians Victoria Sinitsina and Nikita Katsalapov completed the top five with an overall score of 169.62.