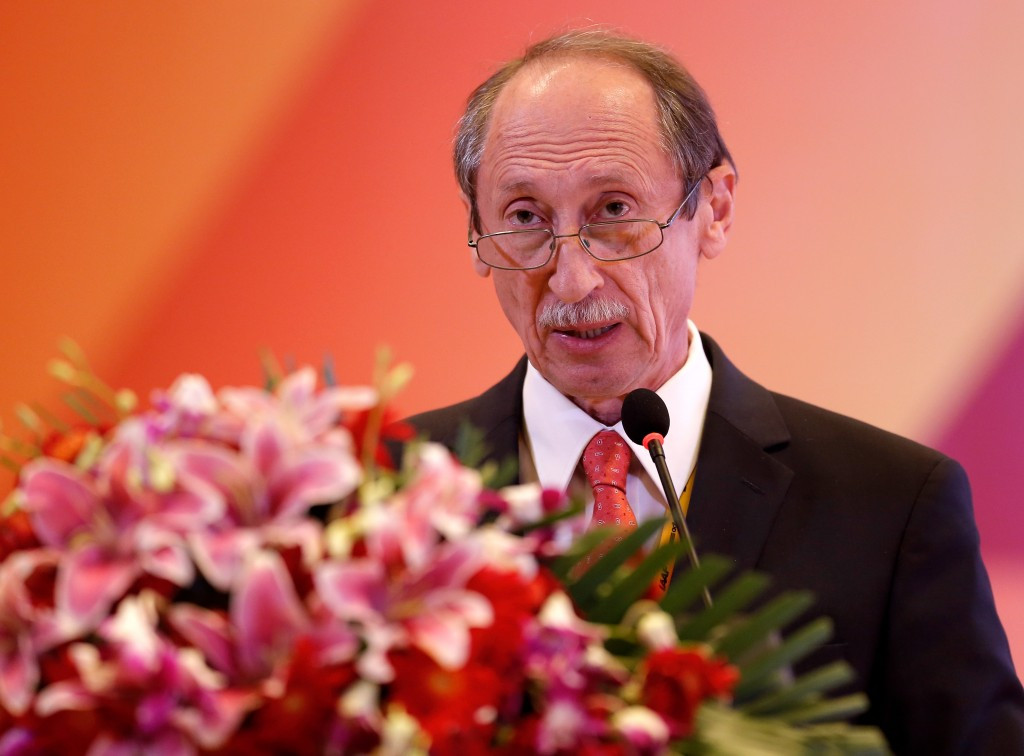 Valentin Balakhnichev, former President of the All-Russian Athletics Federation (ARAF), has denied involvement in new claims that six athletes from the country were involved in paying top officials from the International Association of Athletics Federations (IAAF) to avoid having adverse doping results made public.

French newspaper Le Monde and German television broadcaster ARD today published stories suggesting that the scope of the cover-up for Russian athletes was larger than previously suspected - the case of marathon runner Lilia Shobukhova came to light last year - and resulted in their protection to compete at the 2012 Olympic Games in London.

The latest revelations stem from documents reportedly uncovered by the Paris prosecutors’ office for financial crimes, which is investigating allegations of blackmail and financial corruption against the former IAAF President Lamine Diack and other individuals including his son, Papa Massata Diack that were brought to light by ARD.

ARD has published what is claims is an email from Balakhnichev to the IAAF on July 30 in 2014 in which he threatens to expose the "cynical and cruel" blackmail which he suggests was accompanied by "the threat of withdrawing the WCH 2013" from Moscow.

The Russian capital had been awarded the 2013 IAAF World Championships in 2007.

The email continues: "The reputation of the IAAF, its President (Diack) and key antidoping responsible officers will get a huge black spot….We will not remain silent. It was not us who started this game…."

"I’m not familiar with the letter, in which I could admit collusion with the IAAF," Balakhnichev - formerly treasurer of the IAAF and is now serving a lifetime ban from the sport - told the official Russian news agency TASS today.

Borchin and Kaniskina, the men and women's Olympic 20 kilometres gold medallists at Beijing 2008, and Kirdyakpkin, winner of the 50km at London 2012, have all subsequently been banned for doping, along with Kanaykin.

Zaripova won the gold medal at London 2012 but was stripped of the title after the IAAF appealed to the Court of Arbitration for Sport in Lausanne.

The IAAF suspended all Russian track and field athletes from international competition on November 13 last year in the wake of ARD’s footage, in which banned athlete Yulia Stepanova and her coach and husband Vitaly Stepanov claimed that Russian athletes had been systematically using banned substances on instruction of their coaches.

ARD claims that it has seen documents suggesting that the six Russians - all of whom have been sanctioned within the last year for doping abuses - are part of a list of 23 athletes whose names appear in a document "in connection with doping cover-ups."

In the meantime, Agence France-Presse has reported that friends and relatives of the former IAAF President Diack have raised a bail payment of $500,000 (£401,000/€472,000) which  means he can remain under house arrest in Paris rather than facing the prospect of being taken into custody.