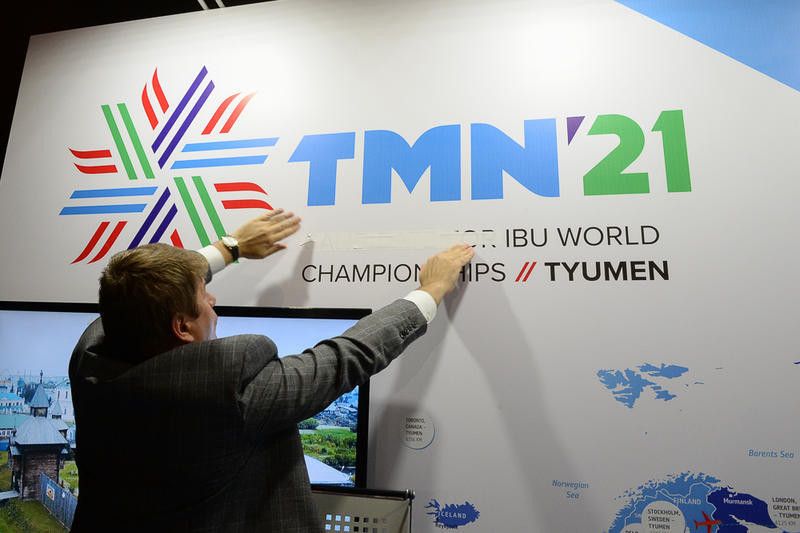 The International Biathlon Union (IBU) has been given a deadline of January 14 by the World Anti-Doping Agency (WADA) to explain the reasons why they defied the Code and awarded the 2021 World Championships to Russia.

René Bouchard, outgoing chair of WADA’s Compliance Review Committee (CRC), told the Foundation Board meeting that there had been an "exchange of correspondence" between the two organisations following the IBU’s decision to give Tyumen the event at its Congress in Chisinau in September.

He then revealed the ultimatum to the IBU, with the matter set to be discussed at the next gathering of the CRC.

If the IBU do not provide a satisfactory explanation for selecting Tyumen as the host of their flagship event, they are likely to be declared non-compliant with the World Anti-Doping Code.

WADA have accused the IBU of being in violation of the Code, of which they are a signatory, as the Russian Anti-Doping Agency (RUSADA) remains non-compliant following claims of state-sponsored doping.

There were two other bidders in the race for the 2021 event - Nové Město na Moravě in the Czech Republic and Pokljuka in Slovenia.

Tyumen, located 2,500 kilometres east of Moscow, won in the first round with a majority of 25 votes.

The Code says it is the "responsibility" of the International Federations to "do everything possible to award World Championships only to countries where the Government has ratified, accepted, approved or acceded to the UNESCO Convention, and where the National Olympic Committee, National Paralympic Committee and National Anti-Doping Organisation are in compliance with the Code".

The vote of the IBU to award the Championships sparked controversy following the International Olympic Committee (IOC) Executive Board’s recommendation that Winter Federations "freeze preparations" for any major event in Russia and "seek alternative hosts".

This was made in the wake of the WADA-commissioned McLaren Report.

The IBU are likely to use the fact that they were then told the ruling did not apply to Russian candidacies in ongoing bid processes or to events that had already been awarded to the country as their main defence.

insidethegames understands, however, that even representatives from Russia were unsure of whether they would be able to bid in the wake of RUSADA being declared non-compliant in November 2015.

They had continually asked the IBU if they were free to submit a candidacy from as early as March, four months before the release of the McLaren Report in July.

IBU President Anders Besseberg, a member of WADA Foundation Board and was present at the meeting in the Scottish city, has indicated that the Siberian city could be stripped of the World Championships if the second part of the McLaren Report details further cheating and manipulation from Russia.

It was confirmed here yesterday that the next installment of the report will be published in London on December 9.

Besseberg himself sought clarification on the issue during yesterday’s meeting as he asked specifically about awarding major events to non-compliant countries when WADA provided an update on its proposed three-tier sanctioning system.

It will give the anti-doping organisation the power to sanction countries whose National Anti-Doping Organisation is non-compliant for the first time.

Being banned from hosting or participating in Olympic Games and World Championships was among the punishments for the third level of breaches of the Code, the most severe.

The IBU has continually defended its decision to select Tyumen, claiming they were just following the recommendations of the IOC Executive Board.

Besseberg had previously told NRK that he "doesn’t understand why it has become a big issue" and that it was "entirely unproblematic".