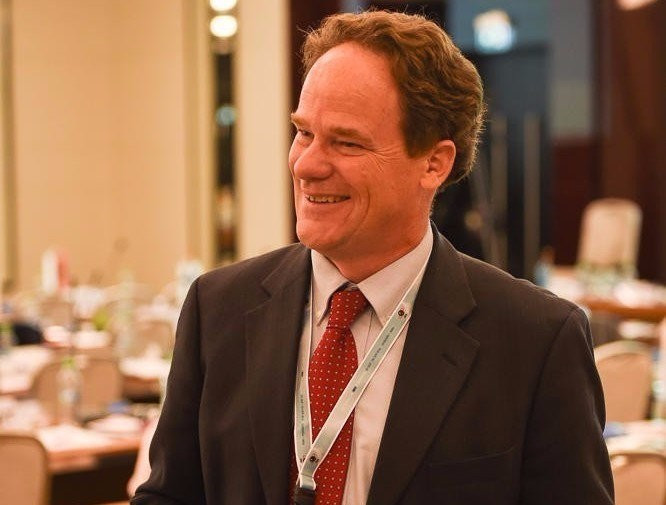 Newly-elected International Biathlon Union (IBU) vice-president of sport Max Cobb has accused the International Olympic Committee (IOC) of going back on the recommendations they made to Winter Federations concerning staging major events in Russia in the wake of the McLaren Report after Tyumen won the right to host the 2021 World Championships.

Cobb, chief of competition for the biathlon events at the 2002 Winter Olympic Games in Salt Lake City, blamed the IOC for the confusion surrounding whether Russia should be awarded winter sport competitions.

The American claimed the "credibility" of the IOC’s response to what he called the "worst doping crisis the world has ever seen" has been "undermined" by the backtracking of their original tough stance.

Following the release of the report, which uncovered the alleged presence of a state-sponsored doping scheme at the 2014 Winter Olympics and Paralympics in Sochi, the IOC initially told Winter International Federations to "freeze their preparations for major events in Russia, such as World Championships, World Cups or other major international competitions under their responsibility".

They also called on the relevant bodies to "actively seek alternative organisers".

insidethegames understands, however, that the IOC ruling only applied to future candidacies of Russian cities for major events and not to those which had already been awarded or planned bids from the country.

The IOC statement, released in July following publication of the McLaren Report, did not make this clear.

"I was surprised by the information from the IOC which was presented at the IBU Congress,” Cobb told insidethegames.

"It seemed to walk back the IOC's 'freeze order'.

“Since the IOC had not announced that publicly it seems to further undermine the credibility of their response to what seems to me to be the worst doping crisis the world has ever seen.”

The IBU claimed the IOC had given the green light to Tyumen potentially being awarded the 2021 World Championships at its Congress in Chisinau in Moldova when the Association of International Olympic Winter Federations met with the IOC and the World Anti-Doping Agency (WADA) during Rio 2016.

A spokesperson for the world governing body told insidethegames that the situation was "discussed and coordinated" with the IOC at Rio 2016 to ensure that giving Tyumen the hosting rights for the competition would not "conflict" with the recommendations of its Executive Board.

Tyumen beat off competition from two rival bidders, Czech resort Nové Město na Moravě and Pokljuka in Slovenia, with 25 votes at the IBU’s Congress in Chisinau.

The IBU’s decision to give the event to Tyumen has already sparked controversy, with Norwegian Biathlon Federation President Erlend Slokvik describing it as a "scandal" on his Facebook page.

Anders Besseberg, the Norwegian President of the IBU, defended Tyumen being awarded their flagship competition in 2021 and claimed they had followed the clarification given by the IOC at Rio 2016.

Cobb, who is also the President and chief executive of USA Biathlon, insisted, however, that Slokvik was not alone in his view.

"The President of the Norwegian Biathlon Federation captured the emotions that many have," he said.

"The greatest risk at times like these is that mixed messages are sent by the awarding of events.

"It is critical to the fight for clean sport that every indication of doping and especially systematic doping be aggressively investigated.

"The clean athletes deserve our best and most focused efforts without any external influences.

"The facts must be followed wherever they lead."

The American also believes the Winter International Federations should reassess whether their major events should be held in Russia amid the continued doping controversy once a more detailed McLaren Report is released.

"It's my understanding that there will be a more complete report from McLaren at the end of the month and at that time I believe the Winter IFs should look anew at the whole situation and not be constrained by any of the confusing statements to date," he added.

When contacted by insidethegames, the IOC repeated the statement they had given yesterday.