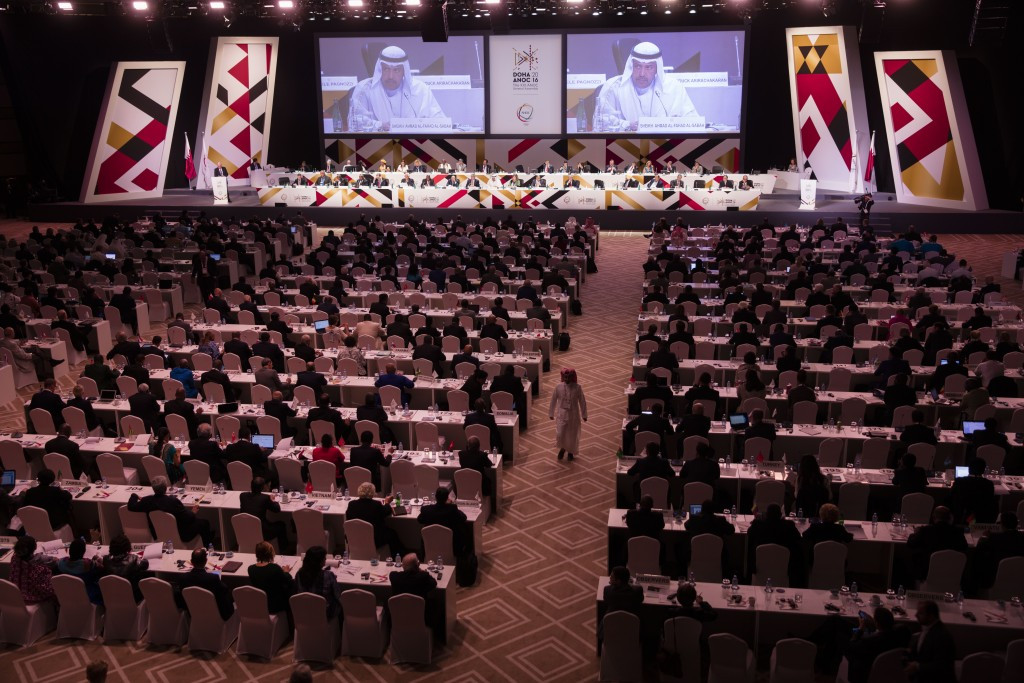 It came at the end of an action-packed day in which delegates from ANOC President Sheikh Ahmad Al-Fahad Al-Sabah downwards fiercely attacked WADA and its head Sir Craig Reedie following his presentation on their activities.

In what appeared a deliberately calculated succession of blows designed to undermine his leadership, Sir Craig was criticised for a catalogue of alleged failures, including the timing of WADA's decision to suspend the accreditation of the Doha Laboratory on the eve of the General Assembly here on Monday (November 14).

"ANOC remains committed to the reform process as outlined during the Olympic Summit and it stands ready to support this process in any way it can," a declaration from the organisation representing 205 National Olympic Committees approved at the end of the meeting outlined.

This applied in particular to three aspects, it said, including "independent testing and sanctioning authorities" and a "separation of power with regard to sanctioning, that means sanctions to be imposed independently from WADA".

But it was the third point which was the most interesting.

This related to "discussions between Olympic Movement and Governments about a more transparent governance model for WADA including the joint appointment of a neutral WADA President".

It was claimed afterwards that this idea was raised at the Olympic Summit held in Lausanne on October 8.

It was, however, proposed at last week's IOC Executive Board meeting in Lausanne at the same session Sir Craig was publicly backed to serve three more years in the position.

It appears that support for the Briton - who only stepped down from his IOC vice-president position in August - has decreased since then.

It is not clear when an independent President would assume leadership of WADA.

"This is a good transparent idea to have a shared President not connect with either side," said ANOC secretary general and IOC Executive Board member Gunilla Lindberg after the meeting.

"It's a discussion that is going on."

She did not take the opportunity to reassure Sir Craig it would not happen until after he has completed another three-year term.

"When it will happen, nobody knows," she added.

When asked if someone from the United Nations could be proposed, the Swede added: "That is a good proposal, maybe."

She claimed there had been no discussions about this with Governmental figures.

Current WADA rules stipulate that the Presidency shifts on a rotating basis between sport and institutions.

This means that Sir Craig's successor would under this system come from outside the Olympic Movement, probably a Government representative.