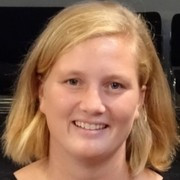 Annemieke de Vries has been handed a key powerchair hockey role by the International Wheelchair and Amputee Sports Federation (IWAS), the organisation has announced.

The Dutchwoman will serve as the secretary officer in support of the IWAS Powerchair Hockey Sport Executive Committee.

She has been handed the role after her "outstanding contributions" at the IWAS Powerchair Hockey European Championships in The Netherlands in July, where she served as a volunteer.

De Vries will begin in her new role immediately, with attentions turning to the 2018 World Championships.

"Identified for her enthusiasm, willingness to help and attitude of problem solving, it was with pleasure than Annemieke accepted her new role," an IWAS statement said.

"IWAS welcomes Annemieke to the team and greatly looks forward to her involvement in the continuing development of IWAS Powerchair Hockey."

De Vries is a keen hockey fan and coach with this year's European Championships taking place on Dutch soil in De Rijp.

Hosts The Netherlands successfully defended their title, beating Italy 7-2 in the final and going through the tournament with a 100 per cent record.

The tournament had originally been due to take place in Spanish city Alcobendas but they pulled out in February.

It was claimed that organisational issues, communication misunderstanding and political issues had led to the withdrawal.

Under its former name, electric wheelchair hockey, powerchair hockey was one of nine new sports or disciplines to apply for inclusion at the Tokyo 2020 Paralympics, only to fail to make it through to the final stage.

Only badminton and taekwondo were ultimately approved by the International Paralympic Committee Governing Board.