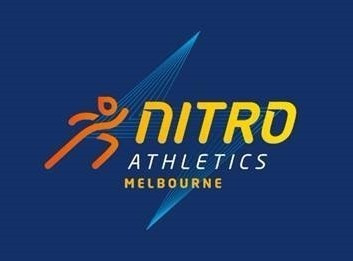 Sprinting superstar Usain Bolt has given his backing to a new event called Nitro Athletics which has pledged to "revolutionise" global track and field.

The Jamaican, a nine-time Olympic gold medallist, will compete for and captain the "Bolt All-Stars" in the team event which will be held in Australian city Melbourne in February next year.

Featuring six teams of 24 athletes - consisting of 12 men and 12 women - competitors from Australian and international athletics will compete across three nights at the Lakeside Stadium.

Organisers claim it will "be like no athletics competition seen before" with the schedule not just featuring "traditional events".

"This will be a different spin on traditional athletics and will include a mix of power, endurance, technique and teamwork disciplines across sprints, distance, field and Para-athletics events," a statement today said.

"Mixed events and relays will also feature in the Nitro programme as teams battle for points and the Nitro Athletics Melbourne crown."

Further details on the teams, events and schedule will be announced in the weeks leading up to the action.

"This will be track and field as it’s never been seen before and that’s why I’m involved, not only as a competitor, but also as a team captain," said Bolt, the world record holder over 100 metres and 200m who completed a "triple-triple" of Olympic golds - including the 4x100m relay - at Rio 2016 in August.

"Nitro Athletics is what track and field needs - a fresh way to present the sport and I can’t wait to be back in Melbourne to share Nitro Athletics with the fans in February."

Bolt has never raced in Australia and is the undisputed global superstar of athletics, with track and field facing a big gaping hole when the 30-year-old decides to retire.

The sport, which has faced fierce criticism amid a swathe of doping scandals, may well be looking to Nitro Athletics in a bid to inspire a new group of fans and improve its image.

"Nitro Athletics is the sports entertainment product track and field needs to move athletics beyond the existing format of one day athletics meets," said Athletics Australia President Mark Arbib, a key driving force behind the initiative.

"Nitro Athletics will be the catalyst that will change how athletics is presented.

"It’s a game-changer for athletics and Athletics Australia.

"We want to start the global re-invigoration of athletics right here in Australia.

"The fact that Usain and his team are so enthusiastic about the concept shows how important bringing athletics to new audiences is to Usain.

"We are thrilled that he is with us."