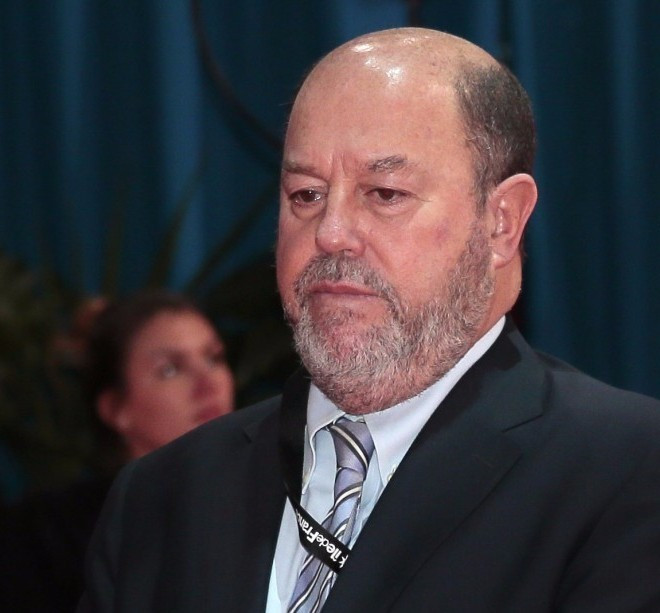 Antonio Espinós, the President of the World Karate Federation (WKF), has revealed that the 2018 Karate World Championships, scheduled to be held in Peru’s capital Lima, could be re-located due to problems with the proposed venue.

The tournament was provisionally awarded to the South American city at the 2014 World Championships in Bremen.

Espinós, however, has revealed concerns exist over the construction of the venue for the Championships, San Isidro sports centre, in two years' time.

The venue is also due to be used for the 2019 Pan American Games in Lima.

It is expected that the venue will be ready for December 2018, which is likely to be too late to stage the next edition of karate's flagship event.

Espinós told insidethegames that the decision as to whether the Championships will be held in Lima is due to be made before the end of the year.

The Spaniard also raised the possibility of a temporary venue being constructed in the proposed host city.

Failing all that, Espinós says the WKF will be forced to search for an alternative option.

"The senior World Championships in 2018 are supposed to take place in Lima," the Spaniard told insidethegames here.

"However, we now have a few problems and we do not know yet whether it will go ahead there.

"There are some issues with the venue, so I could not tell you 100 per cent that it is going to be in Lima or not.

"We will make a decision before the end of this year on the final venue."

The hosts of two other upcoming major karate events were confirmed at the WKF’s General Assembly, which took place before the start of the current World Championships here.

The 2020 World Championships have been awarded to Dubai, while the 2019 World Cadet Junior and Under-21 Championships will be held in Tenerife, the largest of Spain’s Canary Islands.

Espinós was re-elected as President of the WKF for a six-year term at the General Assembly.

First elected in 1998, he stood unopposed in the election.

Under Espinós' leadership, karate was recently added to the Olympic programme for the Tokyo 2020 Games and the WKF chief outlined his ambitions to further develop the sport.

"We have three main objectives," he said.

"The first is to continue the progress and development of the WKF which we have been doing for so long.

"We also will be working hard in preparation for Tokyo 2020 and will need to work out the process we are going to use to select the athletes and the events that will be contested.

"We will also need to define the ranking system as that is going to be very important for the selection of athletes.

"Finally, the third objective is to keep working for 2024 and beyond."