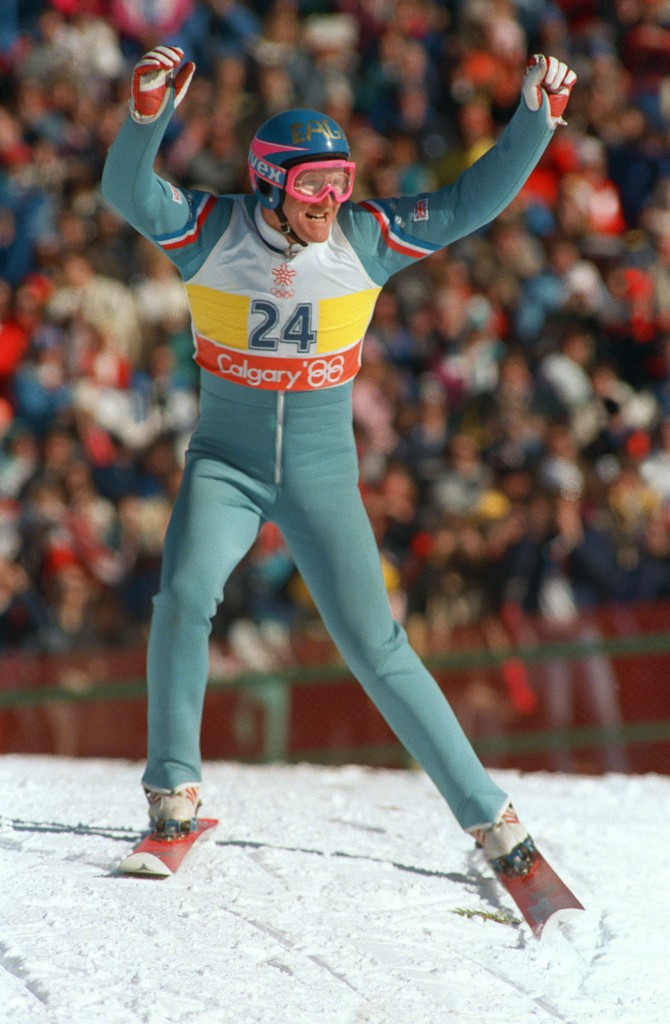 Ski jumping icon Eddie "The Eagle" Edwards is among four Winter Olympians to back the second edition of National Schools Snowsport Week in England.

The event, organised by governing body Snowsport England, is designed to encourage more schools to introduce winter activities to their pupils.

Edwards was the first British athlete to compete in ski jumping at the Winter Olympic Games, when he represented the country at Calgary 1988.

He participated at the Games despite Britain not boasting a ski jump facility, leaving him to train abroad at Lake Placid in the United States.

He is best known for finishing last at the Games, although he posted a British record of 73.5 metres with one of his jumps and became a cult hero due to his unorthodox approach.

A film - called Eddie The Eagle - was released this year to celebrate his story.

"I am a huge supporter of grassroots skiing and snowboarding and think that taking up skiing when you are at school is the perfect time to catch the bug," said Edwards.

"I started skiing when I was 13 and have lived and breathed it for my whole life.

"If you want to become the next Winter Olympian, or simply just hit the slopes with your friends, skiing or snowboarding is worth giving a go.

"Speak to your teacher and get them to sign your school up to National Schools Snowsport Week."

Taster ski and snowboard sessions at heavily discounted prices will be offered at slopes around the country as part of the week, while schools may also be offered activities such as tobogganing and tubing.

The event will take place between April 24 and 30 next year, with more information available here.