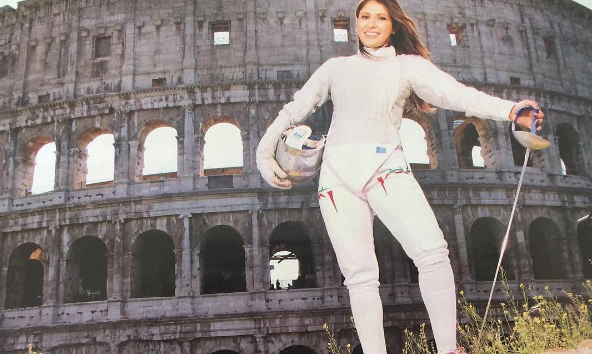 Mexican fencer Paola Pliego has been cleared of doping by the International Fencing Federation (FIE) after being forced to miss the Rio 2016 Olympic Games following a positive drugs test.

The 22-year-old sabre specialist failed a test for banned stimulant modafinil after competing at the Pan American Fencing Championships in Panama in June.

The Mexican National Physical Culture and Sports Commission (CONADE) claimed that her sample had registered 540 nanograms of the substance - usually used to treat narcolepsy.

Pliego repeatedly denied any wrongdoing but was banned from competing at Rio 2016.

Geyer claimed that a different method was needed to test for the substance from what had been used by CONADE, who were ordered to send the original urine sample to the German lab by the World Anti-Doping Agency.

This led to her being cleared of wrongdoing.

"I will not allow this cloud, which I want to leave behind, to end my sporting career," Pliego said in a statement posted on Twitter.

"I will pick myself up and will fight to recover all that I lost and that was unjustifiably taken from me.

"My goal now is to only win an Olympic medal for Mexico and to give the country that I love and proudly represent that joy."

It is still possible CONADE could appeal the verdict.

She was represented by lawyers including Paul Greene, the American lawyer whose previous sporting clients have included Russian long jumper Darya Klishina when she successfully appealed to compete at Rio 2016.

Pliego claimed in her defence that she suffers from asthma and takes the supplement manganese, which, if combined with modafinil, can prove fatal.