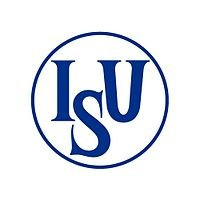 The International Skating Union (ISU) European Speed Skating Championships in 2017 have been relocated to Heerenveen following problems at the original venue in Warsaw.

The event was due to be held in the Polish capital between January 6 and 8, but the Polish Speed Skating Association have informed the ISU Council that there are "major issues" with the Stegny Oval venue.

"The venue that the Championships were going to be held at was an outdoor venue and there were some problems that we did not foresee," a Polish Speed Skating Association spokesman told insidethegames.

"We would have had to build new buildings for the athletes as the current ones are not big enough and we also would have needed a new lighting system, both of which were not in the budget."

After Warsaw officially withdrew as the organisers of the event, the governing body was forced to search for a replacement.

The Dutch ISU representatives, the Royal Dutch Skating Federation (KSNB), informed the ISU Council that they were able to host the Championships in the newly renovated Thialf BV venue in Heerenveen.

The ISU Council has today confirmed that the Championships have now been relocated to the Dutch city, with action taking place on the same dates.

"We are very happy that the KNSB are able to take over and host the ISU European Speed Skating Championships in Heerenveen," said ISU President Jan Dijkema, himself a Dutchman.

"The Dutch have a lot of experience in speed skating and we trust that they will do a good job, even if the time to prepare is short."