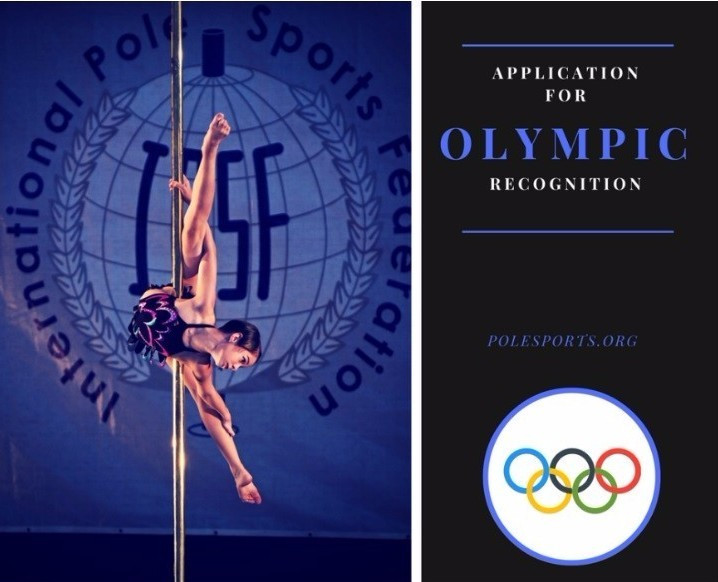 An application to become an International Olympic Committee (IOC) recognised sport has been submitted by the International Pole Sports Federation (IPSF).

In a statement, the IPSF said the formal submission is the “beginning of a long process we are proud to be ready for” while claiming they are “rapidly evolving” to meet the eligibility criteria set by the IOC.

The IPSF, led by Britain’s Katie Coates, was turned down for membership of umbrella organisation SportAccord earlier this year.

"This is a long process and may take years to achieve recognition, but by applying we have already raised the standards of our sport and look forward to continuing to evolve in line with the with international sporting guidelines," the IPSF said.

Their application has been given a boost after they were officially confirmed as a signatory of the World Anti-Doping Agency (WADA) Code.

The IPSF have been working on their submission for the last five months, with the process being led by the IPSF Olympic Sub-Committee, comprised of Kate Whitley, Kriston Leagh, Lies Cuisinier, Bianca Scholten, Maria Alexandra Hernandez and Jimena Barrios.

The IPSF has admitted however, that a lot of work needs to be done if they are to realise their aim of becoming an IOC-recognised sport.

The organisation is targeting having 40 Member Federations by the end of 2017 as part of their recognition attempt.

Currently, there are 22 members of the IPSF but the governing body are hopeful they can reach 30 before the conclusion of 2016.

The IPSF claimed back in July that they were “continuing to engage” with the IOC regarding their recognition effort.

It came ahead of the sport’s World Championships, held at the Crystal Palace National Sports Centre on July 23 and 24, where around 150 athletes from 30 countries took part.

They hoped the World Pole Sports Championships would strengthen their bid for IOC recognition.