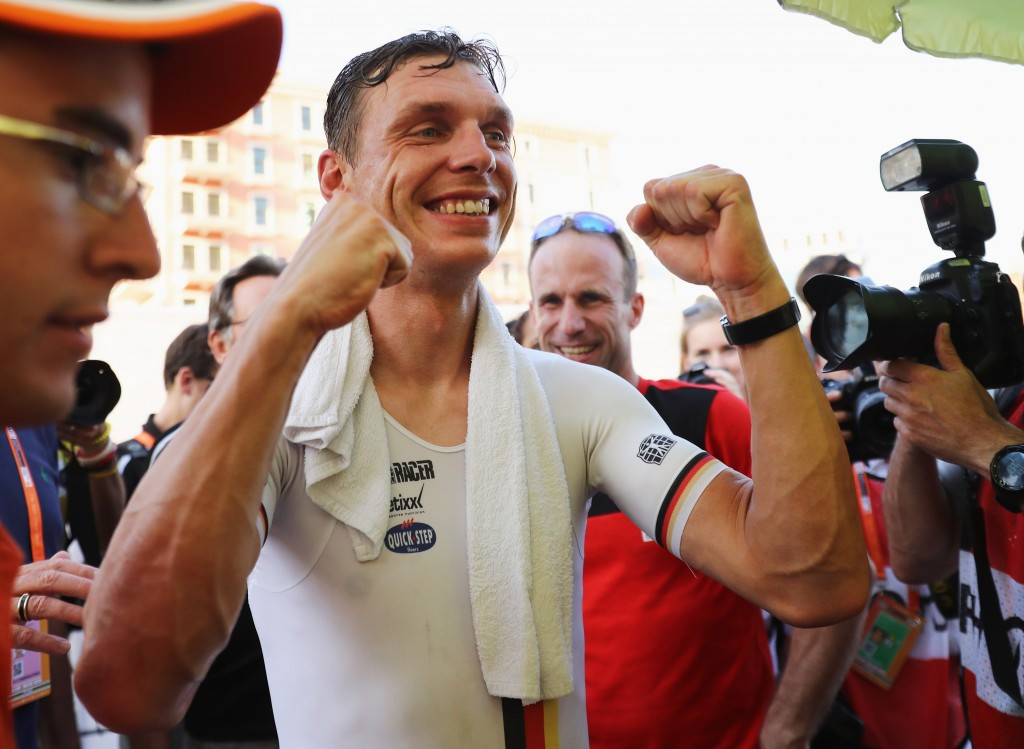 The German was coming fresh off the back of winning the team time trial on his final appearance for Etixx-Quick Step, ahead of a move to Katusha next year.

It came after an unusually difficult season for Martin, but the 31-year-old produced a stunning display in the Qatari capital to draw level with his Swiss rival Cancellara, who opted not to race the event in his final season.

Martin dominated the time trial, which was taking place over a flat 40 kilometre course, as he stormed to the finish in a time of 44min and 42.99sec.

His time would prove more than enough to add to his three straight titles in the event from 2011 to 2013, with defending champion Vasil Kiryienka ending some way back.

The Belarusian finished 45 seconds adrift of Martin’s superb time, but his efforts would be rewarded with a silver medal.

Spain’s Jonathan Castroviejo, who finished fourth in the event at the Rio 2016 Olympics Games, finished 1:10.91 behind the winner to claim the bronze medal.

"Everyone knows I hadn’t had a good year so far, until Sunday, so becoming world champion is incredible - it makes everything that happened this year forgotten," said Martin.

"The course was really made for me.

"The only thing I was scared of was the heat but I had good preparation at home, then coming here and getting a lot of knowledge about what I had to do.

"I was also strong in the head, I was not the favourite, I had no pressure, I just had fun on the road."

There were also impressive displays from Poland’s Maciej Bodnar and Ireland’s Ryan Mullen, who finished just short of the podium places by finishing 1:16.77 and 1:21.75 behind the gold medallist.

Attention will now turn to the road races in Doha, with the men’s under-23 event due to take place over 166km tomorrow.