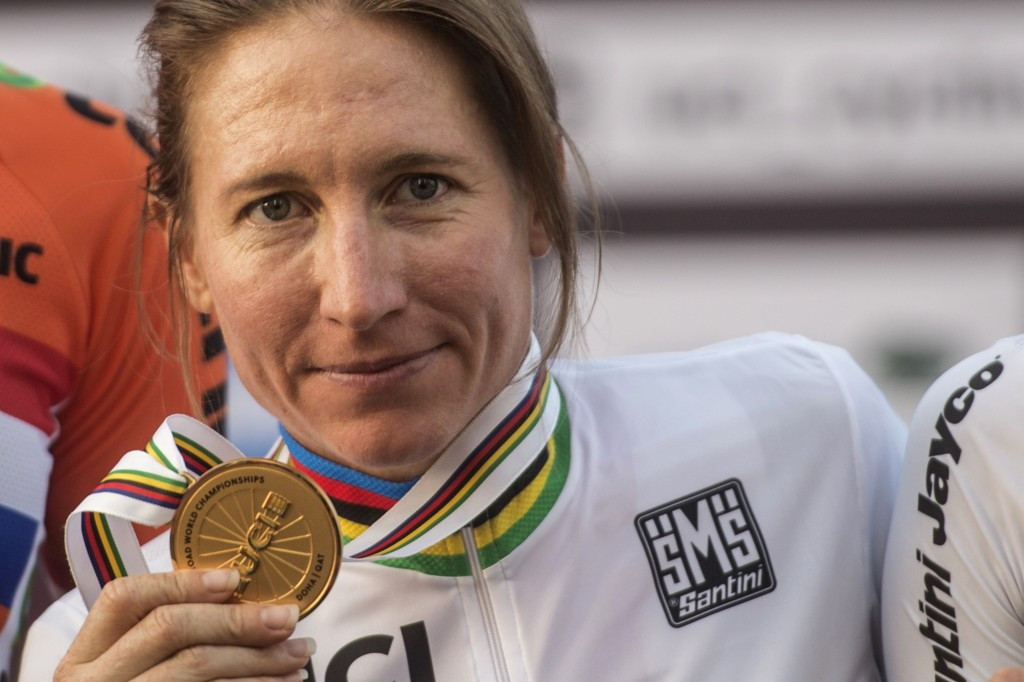 Amber Neben claimed the elite women’s individual time trial for the second time in her career at the International Cycling Union (UCI) Road World Championships to become the second oldest rider to achieve the feat.

The 41-year-old American began the 28.9 kilometre course aiming to reclaim the title she last earned back in 2008.

A superb display saw Neben complete the event in a time of 36min and 37.04sec to move to the top of the leaderboard.

The Netherlands’ Ellen van Dijk proved the closest challenger to Neben, with the 2013 world champion eventually ending six seconds off the pace of the American rider to win the silver medal.

Australia’s Katrin Garfoot completed the podium by finishing in a time of 36:45.36, holding off the challenge of Russia’s Olga Zabelinskaya.

"Traditionally I am a pretty steady rider, I'm not real fast in the beginning so I try to just sustain it and be steady,” said Neben, who is the second oldest winner of the event after Jeannie Longo-Ciprelli of France.

“The difference I think was the mental perseverance, to have that extra power to finish strong.

"I was so nervous, it was so hard to watch.

“I feel for Ellen, but at the same time I'm so excited to be able to hold on."

There was cause for further celebration for the US, after Brandon McNulty triumphed in the junior men’s competition.

McNulty, who finished as the bronze medallist in Richmond last year, clocked a time of 34:42 to secure gold.

It would prove a convincing win for the American, with Denmark’s Mikkel Bjerg ending 35 seconds adrift in second place.

The podium was completed by McNulty’s team-mate Ian Garrison, who finished in 35:35.

The men’s elite individual time trial is due to take place tomorrow, with the event taking place over 40km.