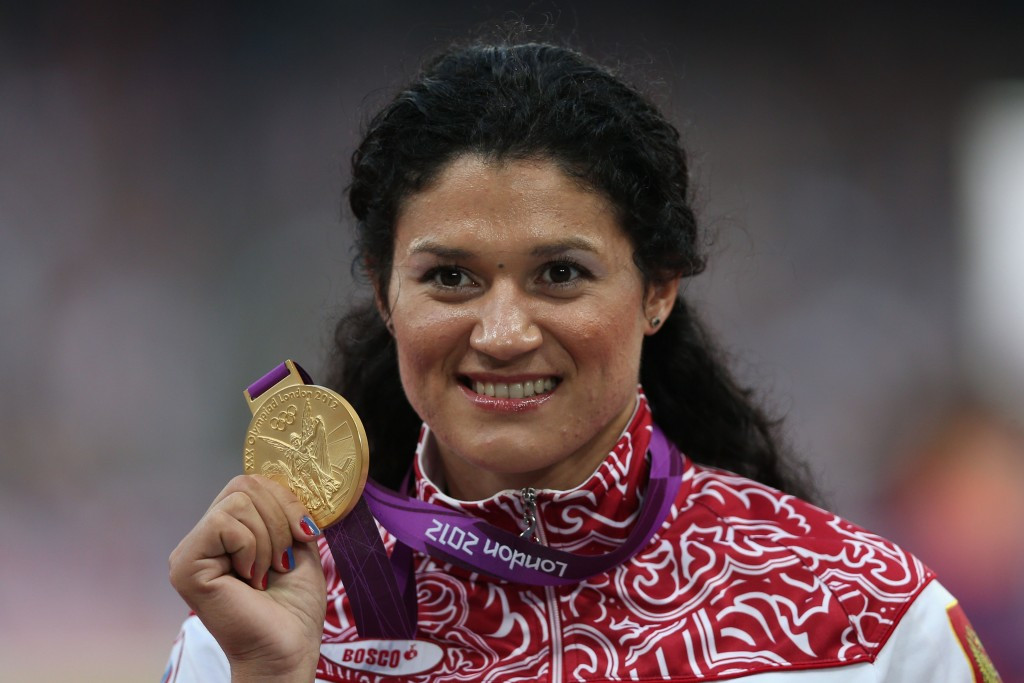 Russia's Olympic hammer champion Tatyana Lysenko has been stripped of her London 2012 gold medal after failing a retrospective drugs test.

The International Olympic Committee (IOC) announced the move today following their retesting of samples from both London and Beijing 2008 using up-to-date technology.

Lysenko, now 33, has failed for dehydrochlormethyltestosterone, a type of steroid.

She has been sanctioned by a three-person IOC Disciplinary Panel, consisting of chairman Denis Oswald, Juan Antonio Samaranch and Uğur Erdener.

The Russian won the London hammer competition with a throw of 78.18 metres, which she achieved with her last attempt.

Poland's silver medallist Anita Wlodarczyk now looks set to be upgraded to the gold medal after she managed 77.60m in the British capital.

That would make the Pole a double Olympic champion, as the current world record holder and world champion also won the hammer title at the Olympic Games in Rio de Janeiro in August.

The silver medal should now go to bronze medallist Betty Heidler of Germany, with China's fourth-placed Zhang Wenxiu set to be moved up to the podium.

Nearly 100 athletes have now been implicated across the Beijing 2008 and London 2012 retests.

The news is another blow to Russia's image, with the country battling to restore its tarnished reputation amid a number of doping scandals.

The announcement has also coincided with an international sports forum called "Russia - Country of Sports" - being held in the Vladimir Region - where doping is one of the main topics being discussed.

"The Russian Olympic Committee shall ensure full implementation of this decision," an IOC statement said today.

"The Russian Olympic Committee shall in particular secure the return to the IOC, as soon as possible, of the medal, the medallist pin and the diploma awarded in connection with the women’s hammer throw event to the athlete."

Lysenko is also a double world champion, having triumphed in Daegu in 2011 and Moscow in 2013.

In 2006 she was crowned as European champion in Gothenburg.