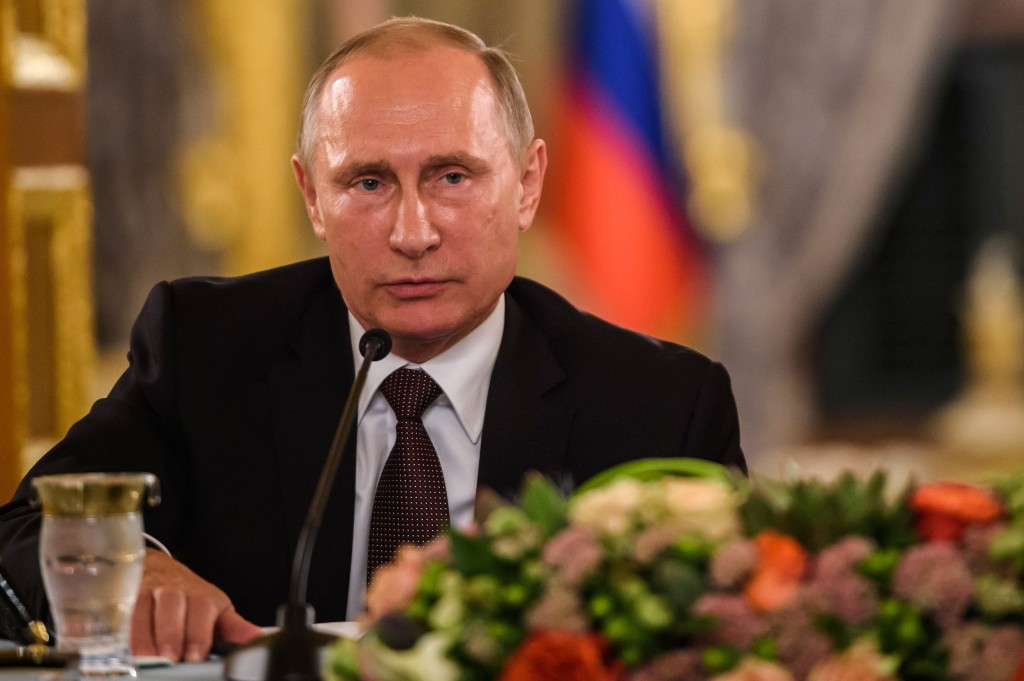 Athletes who have therapeutic use exemptions (TUEs) should be excluded from major events because it gives them an unfair advantage over the rest of the field, Russian President Vladimir Putin claimed today.

The issue of competitors being given permission to take banned substances on medical grounds has been prominent in recent months after a group calling themselves the Fancy Bears began leaking confidential information about a number of athletes following a cyber-attack on the World Anti-Doping Agency (WADA).

Various Olympic champions have had their data released by the group, who claim those named are guilty of doping despite TUEs being issued by anti-doping authorities for legitimate illnesses or conditions.

The hack on WADA has sparked fears that athletes are abusing the system.

Sir Bradley's cases have caused particular concern because the cyclist's three approvals for powerful drug triamcinolone acetonide coincided with the Tour de France in 2011 and 2012 and the Giro d'Italia in 2013 - his biggest races of all three seasons.

He has denied any wrongdoing and has defended his actions in a series of recent interviews.

WADA has since warned athletes to be extra-vigilant in the wake of the Fancy Bears attacks and has hired security firm FireEye Inc to assess the extent of the data breach.

Some of the information released may not be entirely genuine, however, according to WADA, and could have been fabricated or doctored.

Putin was speaking at an international sports forum entitled "Russia - Country of Sports".

"Today we clearly see how many permissions certain athletes receive under the so-called medical exemptions," he said, according to TASS.

“But we need to understand what to do with it, otherwise we will see in the nearest future all the new records and victories in sports brought by athletes, who suffer from chronic diseases.

“It is obvious that athletes must be protected, but we need to understand what we should do regarding this issue.

“Maybe they can be put in a special category, or their achievements, points, seconds and honours can be considered in a special way.”

A declaration following the meeting, attended by a range of officials from across the Olympic Movement, made a series of recommendations, including a call for a new anti-doping testing authority to be set up within the framework of WADA.

It was also suggested that the Olympic Movement would be ready to contribute increased financing for WADA, maintaining their 50/50 funding of the organisation along with national Governments.

“Sports, of course, should be outside doping,” Putin was quoted as saying by TASS.

“But we must undoubtedly be confident in what and how this is done in this most important sphere.

“We must all know who is checked, how is checked, when and by which means, what the results of these checks are and what is done following these results.

“We must do everything possible together to ensure the cleanliness of sport so that it can become absolutely open and be outside politics so that its ideas and values unite countries and people.”