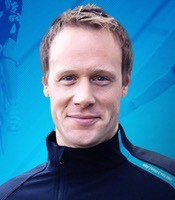 Hunt is joining the organisation from football's Premier League, where he was head of elite performance, and was previously a sport director at cycling outfit Team Sky and a coach at British Cycling.

He will now be tasked with leading the BSS across all of the disciplines - including Alpine, cross-country, freestyle, snowboard and ski jumping.

His duties will include providing leadership in all aspects of the athlete support programmes that are in place, as well as ensuring that funding is used effectively to drive "ambitious plans".

"I am ready to get back to the front-line and lead British Ski and Snowboard to build medal winning programmes," said Hunt, who replaces Paddy Mortimer who departed in July.

"I hope that I will bring a fresh pair of eyes to the organisation by bringing my performance philosophies and values to what is a new landscape for me.

"I will be joining British Ski and Snowboard at a very exciting time, and I hope that my experience of working in a high performance environment in two big sports will mean I can help drive success.

"I know what it takes to win and although I have a huge amount to learn about all the ski and snowboard disciplines, I am looking forward to working with the programme and coaching teams to look at sustainable success at world and Olympic level."

The news follows two new funding initiatives being launched in Britain with the aim of "revolutionising" skiing and snowboarding in the country.

The British Snowsports Fund will support future Winter Olympians - from those on the verge of qualifying for Pyeongchang 2018 through to youngsters entering their first competition.

It will be funded by asking recreational skiers and snowboarders to make a small donation when making a purchase from confirmed industry partners.

The second initiative, The British Ski and Snowboard National Foundation, is a new grant-making charity which will provide financial support for young skiers and snowboarders.

Dave Edwards, chief executive at the BSS, said: "Dan has held a variety of significant positions in high performance sport and has been integral to the implementation of a long-term medal winning programme at British Cycling.

"Dan’s appointment is a clear statement of our increasing ambition.

"In 2014 we had our most successful Winter Olympics to date and our medal chances in Pyeongchang in 2018 are very real.

"Dan’s appointment is about long-term success on the world stage for British skiing and snowboarding, and we are confident his experience and success in a high performance environment will translate to snowsports."

Britain won their first Olympic medal on snow at Sochi 2014 when Jenny Jones came third in the snowboard slopestyle.

Skier Alan Baxter had won slalom bronze in Salt Lake City in 2002, but was controversially stripped of his medal due to a failed drugs test.