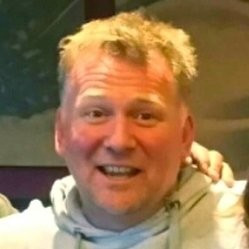 His departure comes due to a "restructure" of the governing body's Board and management.

Mortimer had been in his role for four years, with no replacement yet announced.

"Firstly, I would like to thank British Ski and Snowboard for the opportunity to help lead these snowsport disciplines for the last four years," he said.

"Secondly, the new direction of BSS promises to be very exciting and I wish the new plans every success.

"I believe that snowsport in Great Britain is poised to emerge with renewed vigour - we have established skills and now need to raise our profile with the British public to secure the funding needed to build on the foundations that we have created.”

BSS said in a statement that Mortimer's exit had been agreed "with regret".

"Over the past four years Paddy has been involved with development and progress of BSS, assisting with the delivery of international podium finishes and some world premier performances," the organisation said.

"Paddy’s pursuit of excellence has driven a significant contribution to the development of our athletes and coaches.

"Finally, we would all like to thank Paddy for his work and commitment during his tenure as Performance Director.

"He has ensured that BSS is becoming sustainably competitive on the world stage, with more to come across most of our disciplines."

Britain won their first Olympic medal on snow at Sochi 2014 when Jenny Jones claimed bronze in the snowboard slopestyle.

Skier Alan Baxter had won slalom bronze in Salt Lake City in 2002, but was controversially stripped of his medal due to a failed drugs test.