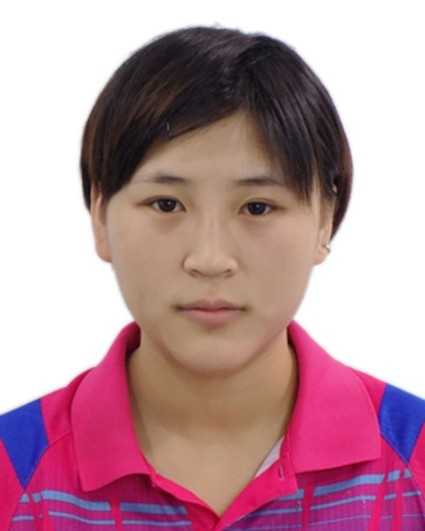 Lei had already defeated her compatriot in straight games in an earlier round of the tournament but was unable to repeat that today in what was an extremely tight affair.

"Even before I was selected into the national team, Lei has always been my idol and role model.

"Of course, I hope to surpass her achievements, it’s a long way ahead and I am still young.

"We have played against each other for about five to six times before and I have only won once, so today I am really lucky."

The bronze medal was won by Poland's Karolina Pek after she defeated Brazilian Danielle Rauen in a five game thriller.

Zhao, who is also a two-time Asian Para Games champion in this event, dominated the final against Hungary's Andras Csonka, winning in straight sets, 11-5, 11-6, 11-9.

"I was under a lot of pressure as I was the defending champion from London, I wanted to win it again and get another gold medal," he said.

"I have been training very hard, six times a day and sometimes I find table tennis very boring.

"I lost to him in Germany last year, but I was confident I could beat him when it mattered, which was here."

The bronze medal was claimed by Poland's Piotr Grudzien.

Elsewhere, there was a repeat of the women's gold medal match from London 2012 in the class ten competition.

Natalia Partyka of Poland once again managed to get the better of China's Yang Qian to claim her fourth consecutive Paralympic gold medal after wins at Athens 2004, Beijing 2008 and in London.

Partyka comfortably took the first set 11-8 before doubling her lead with a marathon 18-16 win.

The 27-year-old then secured yet another gold medal, winning the third and decisive stanza 11-5.

"I played her in the final in 2012 and it went to five games and it was very, very close," said Partyka.

"This time I was well prepared for her.

"I just tried to relax and really enjoy the game.

"I have won the four gold medals now which was my goal.

For a full breakdown of table tennis results from day five, visit our Live Blog here.