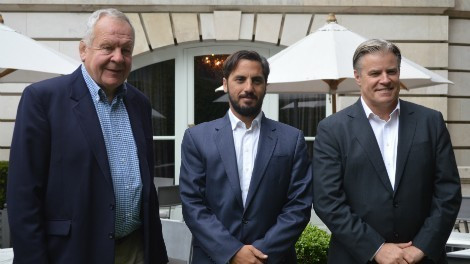 Argentina will enter the race to stage the 2027 Rugby World Cup when the bidding process has officially opened, it has been announced.

The development was confirmed by the country’s President Mauricio Macri, who had intimated they would launch a bid in May, following a series of World Rugby meetings in Buenos Aires.

The exact bidding timeline has not yet been announced by the sport’s worldwide governing body, though a decision on where the 2027 World Cup will be held could be made in 2021.

"This is not only organising a big event and that the State pays the party, but to create something sustainable, improve transport infrastructure and to show that we can organise a big event in a different way and to leave a legacy,” Pichot said.

"To make a good Rugby World Cup in 10 years we need to start now with sports policies and infrastructure, but not just to stadiums.

"We need to think in transportation, where would it be, how would the logistics work.

"The idea is not to make a mega-event, with mega stadiums and a waste of money for only five weeks of competition."

He added: "We want to show that you can organise a World Cup differently, with sustainable stadiums.

"We want to make it an event to leave a legacy that is inspirational."

Argentina are the only country to launch a bid for the 2027 World Cup to date and are hoping to become the first South American country to host the tournament.

The sport has enjoyed rapid growth in the country, with the Argentinians currently ranked at number eight in the world.

The expression of interest from Argentina follows France, South Africa and Ireland being confirmed as the three candidates in the running for the 2023 edition of the competition.

An Italian bid was withdrawn last week following the decision by the Mayor of Rome, Virginia Raggi, not to support the city's campaign to stage the 2024 Olympic and Paralympic Games.

The South African effort had been in doubt after Sports Minister Fikile Mbalula banned rugby, cricket, netball and athletics from bidding for events, supposedly for "failing to offer enough opportunities to black players".

The country appears to have defied Mbalula by pressing ahead and it remains unclear how this will coincide with World Rugby's Government support criteria.

The candidate process will now officially open on November 1, with World Rugby due to elect a host in November 2017.