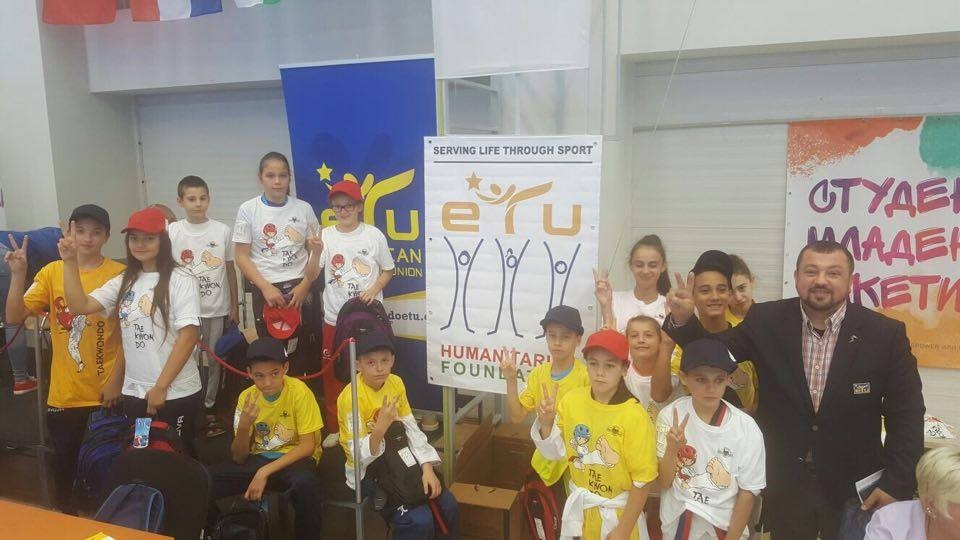 The European Taekwondo Union organised a "Back to School 2016" programme to motivate young athletes during the 18th Balkan Taekwondo Championships.

Aimed at connecting the sport with education, the ETU hope the programme will help the next generation.

They also expressed their ambition for the youngsters to fulfil the programme’s motto, "Serving life through sport".

The programme was held in the Bulgarian city Dupnitsa, which was hosting the Balkan Championships from September 23 to 25.

Children taking part in the programme were aged between 10 and 12, with organisers aiming to offer a helping hand to their families.

They were presented shirts, caps, bags and pencils as part of the event.

"We are certain that the programme will be embraced by all our taekwondo WTF members and gradually expand to promote the charity value around the world as much as possible," the ETU stated following the completion of the event.

The initiative was arranged by the ETU Humanitarian Foundation, under the patronage of ETU President Sakis Pragalos.

It was supported by the Taekwondo Humanitarian Foundation (THF), which was formed by World Taekwondo Federation President Chungwon Choue last year.

The THF seeks to teach taekwondo and related educational programmes to refugees and displaced persons worldwide.

Pilot projects are already underway in Syrian refugee camps in Jordan and Turkey, and among earthquake victims in Nepal.