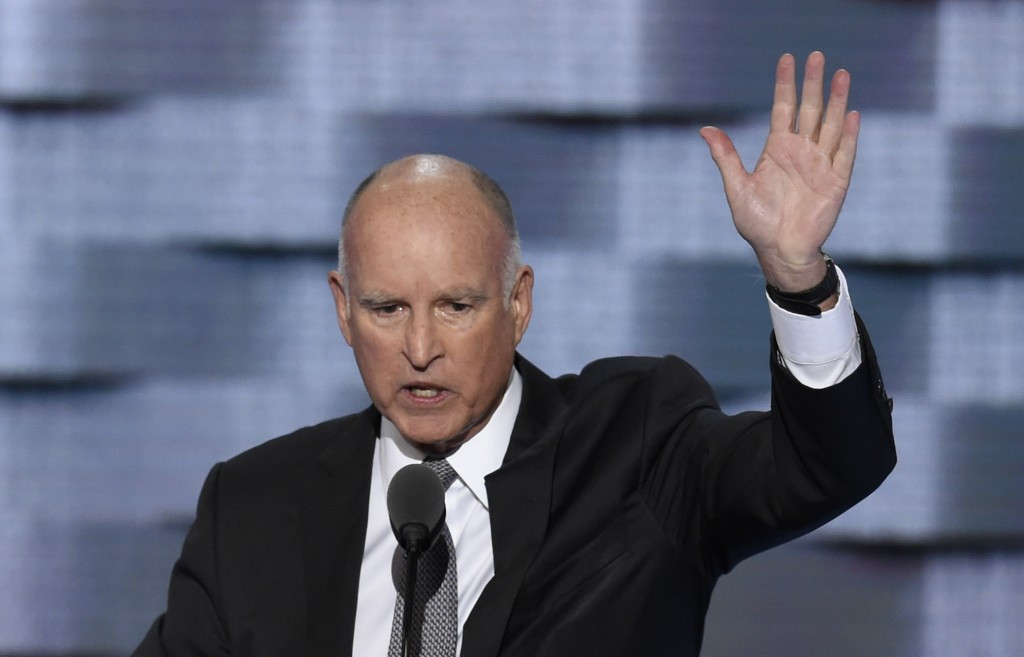 California Governor Jerry Brown has signed a bill into law which would provide up to $250 million (£192 million/€222 million) in state financial support as part of Los Angeles’ bid to host the 2024 Olympic and Paralympic Games.

The bill, committing California to cover potential cost overruns, was approved by a vote of 35 to 1 in the State Senate in June.

Brown officially signed the bill into law today, but politicians and Los Angeles 2024 have stated they do not expect to expend these funds.

In the event of a cost overrun, the State of California's "Olympic Games Trust Fund" established by the legislation would begin payments after LA 2024's private insurance payouts have been exhausted, with the City of Los Angeles contributing the $250 million.

"On behalf of Los Angeles 2024, I would like to thank Governor Brown, Senate President Pro Tem De Leon, Assembly Speaker Rendon and the entire California legislature for their continued leadership in supporting LA 2024 as we leverage the best California has to offer, from Hollywood to Silicon Valley, to create a new Games for a new era," said Casey Wasserman, Los Angeles 2024 chairman.

"The state’s financial support underscores the united support behind bringing the Games back to Los Angeles, but also confidence in our city’s ability to host a fiscally responsible Games that is high-tech, low-risk and sustainable and would allow us to spend the years leading up to 2024 focusing on creating the best possible experience for athletes, fans and all other members of the Olympic family.

"With only temporary venues to build and existing high-quality housing facilities for an Olympic Village that currently serves over 16,000 residents at UCLA, the City of Angels is Games-ready with the Olympic Movement in our DNA.

“We are proud to be California’s bid and America’s bid to bring the Games back to the United States for the first time in 28 years."

Los Angeles 2024 claim the city’s existing "world-class" sports, housing and transportation infrastructure will reduce the costs and risks of hosting a Games in the city, making it unlikely they will require the money.

However, they assert that the state support shows the strong political backing their bid has, following the endorsement of President Barack Obama and First Lady Michelle Obama last September, a bipartisan US Senate and House resolution supporting the bid in July, and their close working relationship across federal, state and local Government agencies.

It is also claimed that the bid enjoys significant backing from the city’s residents, with a poll conducted in January and February by Loyola Marymount University stating that 88 per cent were in favour.

The city made a surplus of $232 million (£178 million/€206 million) on the last occasion they hosted the Olympics in 1984 and Los Angeles 2024 have expressed confidence that they will repeat the same low cost and high revenue opportunities from those Games.

Their full budget will be included in their February 2017 submission to the IOC.

"Los Angeles is an Olympic City with a wealth of existing world class venues and infrastructure," said the city's Mayor Eric Garcetti.

"We are confident that we can bring a successful games back to the US without risk to our taxpayers.

"Today, thanks to the leadership of Governor Brown, State Senate Pro Tem Kevin De Leon and Speaker Anthony Rendon, this legislation gives our LA Olympic and Paralympic bid even stronger financial protections - and more importantly, the strong support of our state's leadership."

Los Angeles is bidding against Budapest and Paris for the rights to host the Games in eight years time - with Rome technically still in the race but nearly certain to drop out after the city's Mayor Virginia Raggi withdrew her support.

The IOC are due to elect a host city in Peruvian capital Lima on September 13 next year.