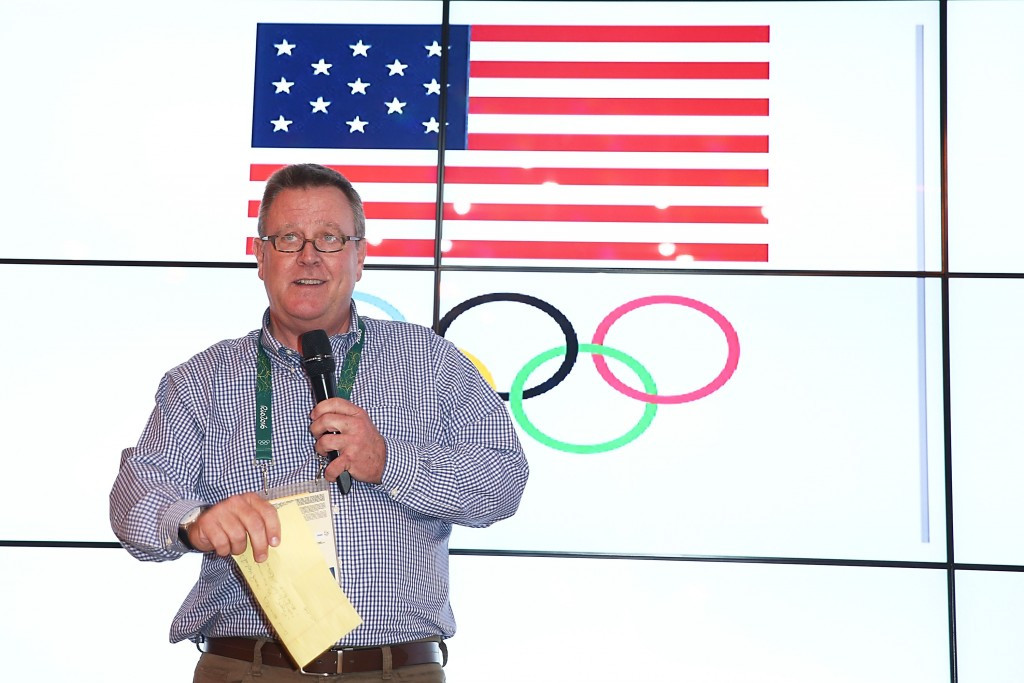 The JMPA is a key partnership between any Olympic bid city and its national governing body, as it combines all marketing assets into a single programme so they don't compete with each other.

It has been confirmed that both parties have agreed to how this would work if Los Angeles is successful with its bid for the 2024 Games.

The agreement sets the terms of how the scheme would be managed and how revenues would be shared between USOC and LA 2024.

It will now be submitted to the International Olympic Committee (IOC), who need to provide their approval, as part of Los Angeles' second candidature file submission which will be made on October 7.

Blackmun, speaking after a USOC Board of Directors meeting in Colorado Springs, said that to strike a deal with LA 2024 was key as the JMPA proved to be a stumbling block for previous American bids from New York City and Chicago, which both ultimately failed.

"The JMPA discussion was noteworthy as with respect to New York's bid, which was voted on in Singapore in 2005, and Chicago's in Copenhagen in 2009, we came down to the wire there," he said.

"We didn't have a joint vision and it ended up hurting us as part of the bid process, so the fact we've been able to reach an agreement with LA 2024 that our Board signed off on is very very meaningful.

"It shows the strength of our partnership with LA that we were able to get through that so quickly.

"We feel great about LA."

New York City was eliminated in the second round of voting when bidding for the 2012 Olympics and Paralympics eventually awarded to London.

Chicago's doomed bid for the 2016 Olympics and Paralympics - recently closed in Rio de Janeiro - ended in round one.

The JMPA news comes after Los Angeles bid leaders added three venues to its plan and changed the proposed locations of a number of sports.

As a result of the extensive changes, four unique Sports Parks - in Downtown Los Angeles, the South Bay, the Valley and Long Beach - would be created, to "bring the Games experience to more areas of Southern California than ever before".

It has now been confirmed that all American governing bodies from the sports concerned have endorsed the new venue plan.

"It's great that our National Federations looked at the great work that LA had done," Blackmun added.

"Every single sport involved in the plan signed off on the venues."

Los Angeles is bidding against Budapest and Paris for the rights to host the Games in eight years time - with Rome technically still in the race but nearly certain to drop out after the city's Mayor Virginia Raggi withdrew her support.

The IOC are due to elect a host city in Peruvian capital Lima on September 13 next year.