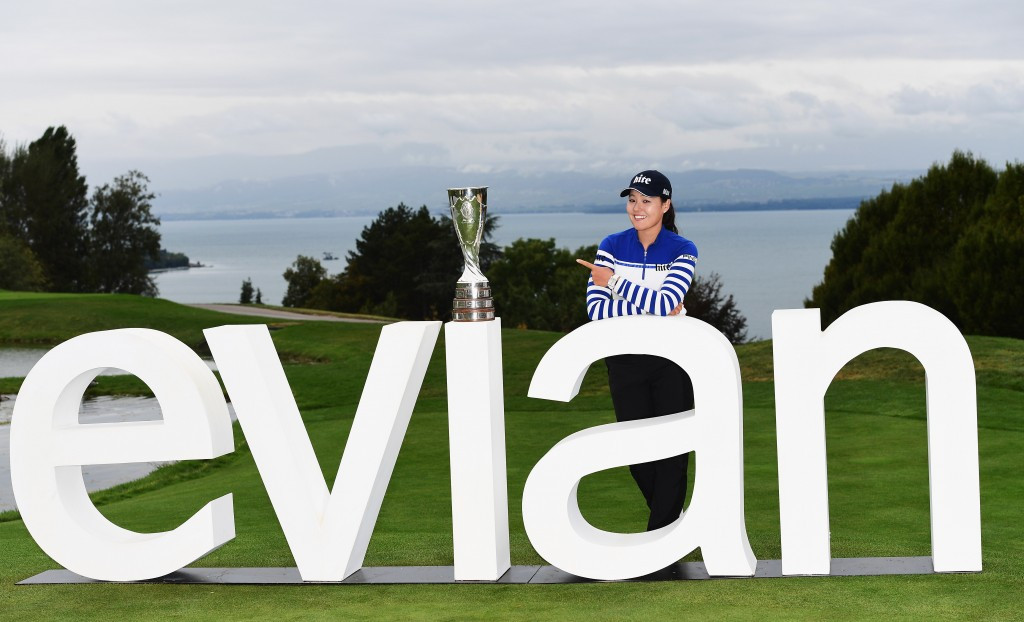 South Korea's Chun In-gee produced a record breaking round to clinch The Evian Championship title and with it a second major crown.

The 22-year-old was in stunning form at the Evian Resort Golf Club in eastern France, finishing on a total of 21-under-par which is the best-ever 72 hole score at a men's or women's major.

Her effort beat the record of 20-under-par set by Sweden's Henrik Stenson when he won The Open Championship in July, and Australia's Jason Day when he claimed the 2015 PGA Championship.

Chun, who led the tournament from day one and held her lead until today's conclusion, won by four shots ahead of her compatriots So Yeon Ryu and Sung Hyun Park who finished joint second.

It means she has two of the sport's biggest prizes on her CV after adding to the US Women's Open title she claimed last year.

She completed her record breaking round with a difficult 10 foot putt on the 18th green.

"I feel like I'm dreaming," said Chun, who dropped just four shots in relation to par over her four rounds.

"I knew that the record for the lowest score in relation to par was 19-under.

"That put a little extra pressure on me.

"But I need that pressure, otherwise I get bored on the course.

"New goals for the future? Give me a bit of time.

The 19-year-old won the ANA Inspiration in April and then finished second at the PGA Championship and third at the US Open.

The world number one and Olympic silver medallist had a disappointing Evian Championship however, finishing 43rd.