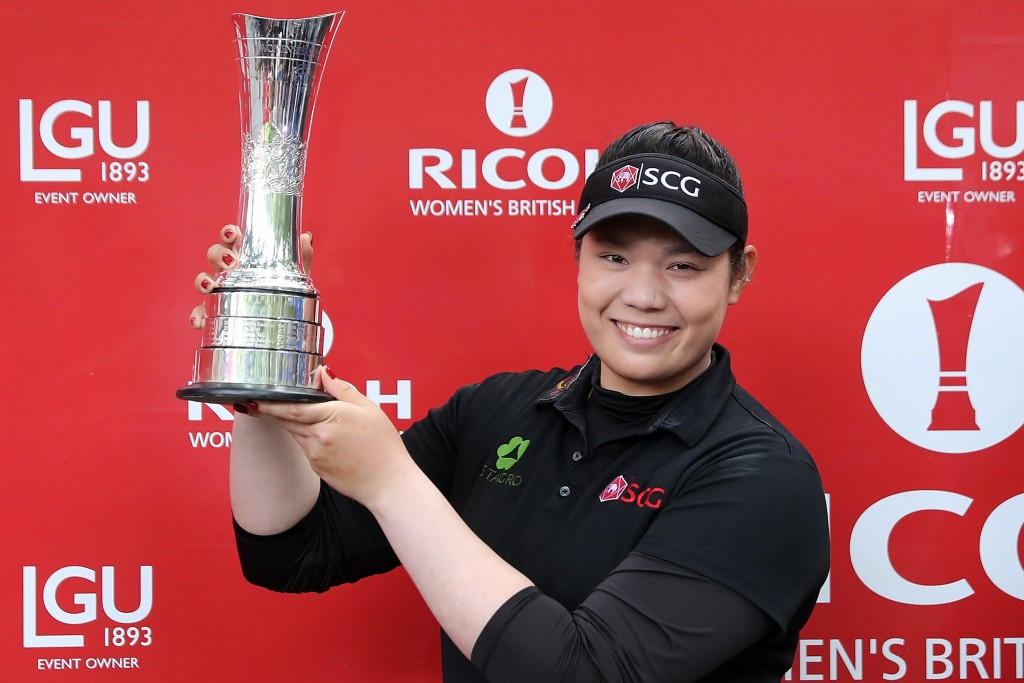 Ariya Jutanugarn survived a scare after seeing a four-shot lead reduced to one before becoming the first-ever Thai player to win a major with victory at the Women’s British Open today.

The 20-year-old finished three shots clear of nearest challenger Mirim Lee of South Korea and American Mo Martin after she ended on 16-under-par following a final round of 72 at the Woburn Golf and Country Club’s Marquess course.

Martin’s compatriot Stacy Lewis was two strokes further adrift in fourth, while Scotland’s Catriona Matthew faded after a bright start on her way to tying for fifth along with seven-time major winner Karrie Webb of Australia.

World number one Lydia Ko of New Zealand endured a torrid outing as she finished tied for 40th on one-under-par, while Charley Hull of England was unable to capitalise on a promising start as she completed her four rounds on five-under par on her home course.

"For me it was hard today," Jutanugarn said.

"I felt a little bit nervous at times.

"I think this victory is really important for me and Thai golf.

"I hope I can inspire some players in Thailand.”

Jutanugarn, who has come close to major triumphs at the ANA Inspiration and the PGA Championship, kept her nerve despite a bogey on the ninth and a double bogey on the 13th.

Her difficulties allowed Lee to close the gap before the South Korean, who was also chasing her maiden major crown, encountered trouble at the 17th.

She eventually managed to save par but a birdie from the Thai player saw her retake the driving seat heading into the final hole.

Jutanugarn was able to par the 18th as Lee two-putted for a bogey, dropping her to joint-second along with Martin, who carded an impressive two-under par during her final round.

The next test for the world's top female golfers will be the Olympic tournament at Rio 2016, which is scheduled to run from August 17 to 20.