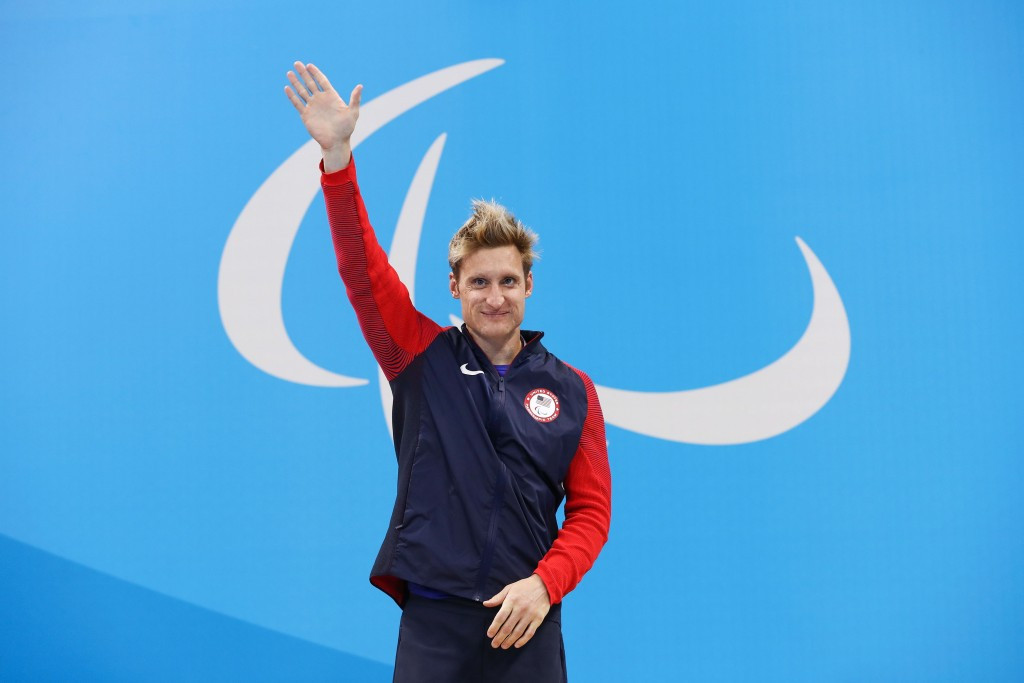 The United States' Bradley Snyder broke a 30-year-old world record on his way to winning the men’s 100 metres freestyle S11 final here this evening, shortly after competition resumed following a delay due to "technical issues".

The race, which saw China’s Yang Bozun take silver in 59.51 and Japan’s Keiichi Kimura finish third in 59.63, was the second final to take place following a stoppage of around 50 minutes after the discovery of a problem with the water pump system.

Victory ensured Snyder his third gold medal of the Games, and fourth overall, having also taken top honours in the men’s 50m and 400m freestyle S11 events and finished runner-up in the men’s 100m backstroke S11.

"I have been visualising that moment every day for at least the last year, coming into that wall and hearing that time," said Snyder, who had to settle for silver in the men’s 100m freestyle S11 at London 2012.

"Finishing this meet with the 100m, with that world record - this is the script we wrote, the one we wanted.

"I have got to be honest, I had some doubts today.

"I was feeling a little worn down, but I wanted it real bad."

Snyder’s world record was one of seven set this evening with the first coming courtesy of Ukraine’s Ievgenii Bogodaiko on his way to victory in the men’s 100m breaststroke SB6.

Bogodaiko's team-mates Maksym Krypak and Denys Dubrov were well below the world record as they approached the final stages of the men’s 400m freestyle S10, but it was the former who took top honours in 3:57.71 to shave 5.86 seconds off the previous mark.

Her time of 4:29.96 was 2.83 seconds quicker than the previous mark held by France’s defending Paralympic champion Elodie Lorandi, who claimed bronze here in 4:35.49 with Australia’s Monique Murphy second in 4:35.09.

Huang’s compatriot Zou Liankang broke the world record in the men’s 50m backstroke S2 to claim the gold in 47.17.

Fellow Chinese Liu Benying Liu was the runner-up in 48.84 and Ukraine’s Serhii Palamarchuk completed the podium in 50.23.

Australia rounded out the evening by winning the women’s 4x100m freestyle relay 34 points in a world-record breaking time of 4:16.65.

For a full set of results, check out our live blog here.