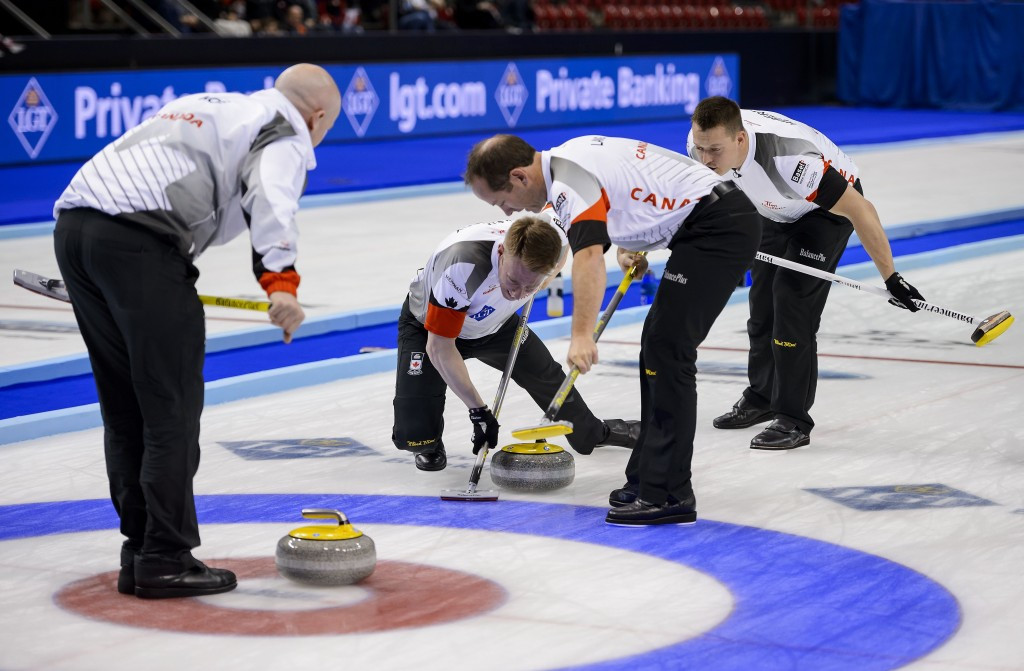 New resolutions regulating the use of sweeping and brushes in elite curling have been approved by all 54 members of the World Curling Federation (WCF) at the organisation's Annual General Assembly (AGA) in Stockholm.

This approval gives the WCF the authority to set rules, specifications and policies for sweeping techniques and brush technology - the first time this has been done in the sport.

Five new or adapted sweeping and equipment rules were accepted, regulating both the way in which sweeping is conducted and how the equipment is used.

These are yet to be determined, but must have "one standard composition, weave, coating and colour" and must "be made widely available for purchase".

These new standardised brushes will first be used at the World Mixed Curling Championship 2016 in Kazan, Russia, next month.

“I’m also pleased that we have reached, what I believe are, clear and lasting solutions to the challenges we have faced with brushes and sweeping over the past 12 months," said WCF President Kate Caithness.

This comes after brushes made out of hair became the latest to be banned by the WCF for the remainder of the 2015-16 season as the governing body continued to address concerns with certain sweeping devices within the sport.

Last October a number of teams on the Canadian circuit decided to stop using brushes which contained modified fabric following fears over the impact the technology has on the field of play as well as the influence on the path of the stone.

Full guidelines now adopted have been summarised below: