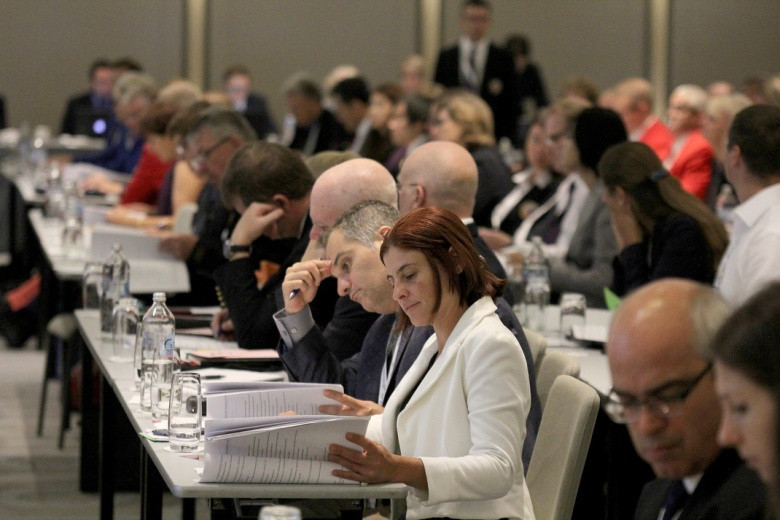 Elections to the World Curling Federation (WCF) Executive Board and resolutions concerning brushes and sweeping techniques following a host of controversies last season will be key items on the agenda at the governing body’s Congress and Annual General Assembly (AGA) in Stockholm in Sweden next month.

The gathering of the WCF’s Member Associations in the Swedish capital is scheduled to get underway with the Congress from September 7 to 9, before the AGA is held on September 10.

Discussions will also be held surrounding a potential World Series of Curling competition, which the WCF hope will revive interest in the sport outside of the Winter Olympics and World Championships.

The Congress will vote on whether Guyana and Mexico should be added as the 55th and 56th members of the WCF, while Pyeongchang 2018 and Beijing 2022 – the organisers of the next two Winter Olympic Games – are due to give presentations.

WCF President Kate Caithness admitted the 2015-2016 campaign had been "challenging" for the sport of curling but says she is looking forward to a series of positive meetings and outcomes from the Congress and AGA.

“The 2015-2016 season was a challenging year for curling, but I have been particularly happy with the team-work and cooperation shown from our athletes and Member Associations to ensure positive outcomes,” Caithness said.

“Our fifth World Curling Federation Congress will bring resolutions to some of the trials faced in the past 12 months and will allow us to introduce exciting new developments in our sport to our members.

“We are delighted to be hosted by the Swedish Curling Association for this year’s Congress as it celebrates its 100th anniversary.

“Thank you to the organisers for all their hard work.”

During the event, Australia’s Hugh Millikin, vice-president for the Pacific-Asia Zone, will bid to retain his seat on the ruling Executive Board, while Sweden’s Catherine Lindahl will challenge Laura Lochanski of Canada’s position as director.

The sweeping proposals recommend the standardisation of curling broom fabrics and stricter regulations on how brooms are used in competition.

It comes after brushes made out of hair became the latest to be banned by the WCF for the remainder of the 2015-2016 season as the governing body continued to address concerns with certain sweeping devices within the sport earlier this year.

Back in October of last year, a number of teams on the Canadian circuit decided to stop using brushes which contained modified fabric following fears over the impact the technology has on the field of play as well as the influence on the path of the stone.

The Finance, Governance and Zonal Commissions will also meet at the gathering in Stockholm.