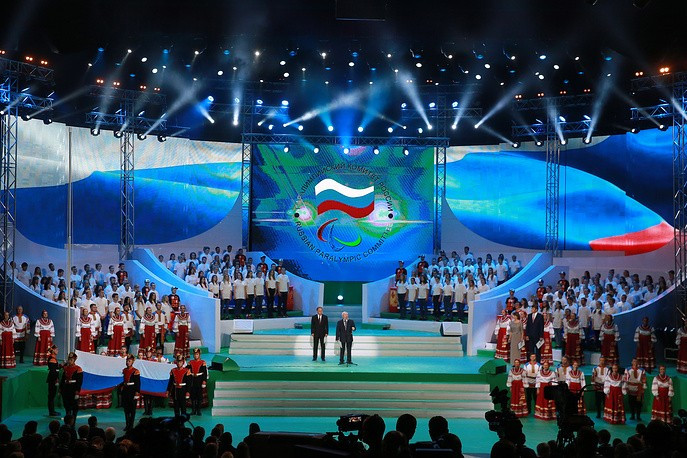 Russian Sports Minister Vitaly Mutko has claimed several International Federations have argued against the suspension of the country’s team from the Rio 2016 Paralympic Games at the Opening Ceremony of their alternative competition in Moscow.

The International Paralympic Committee (IPC) introduced a blanket ban for the entire Russian Paralympic team in Rio de Janeiro in the wake of Richard McLaren’s damning report, which alleged the presence of a state-sponsored doping scheme at a number of major events, including the 2014 Winter Olympics and Paralympics in Sochi.

It led to Russia setting up an alternative version of the Games for banned athletes, with Mutko taking fire at the IPC at the Opening Ceremony in the Russian capital.

"We all know well how much hard work it required from all of you personally, your coaches, the RPC [Russian Paralympic Committee], your friends and relatives to prepare for Rio," he said, according to the Russian news agency TASS.

"I feel very sorry that you are unable to take part in this holiday of sports [in Rio], but we will imply maximum of our efforts to return to the global Paralympic family as soon as possible.

"The Paralympic sports in Russia will continue receiving support, attention and care on behalf of the authorities."

The Ceremony saw athletes emerge to a crowd under the icons which will be used throughout the Paralympic Games in Rio de Janeiro.

The athletes entered under the icon of their respective sports.

"The politics will be aside during the competitions," Russian Paralympic Committee President Vladimir Lukin said, according to TASS.

"Apart of everything, this this a holiday, which is the holiday of the establishment and development of the Russian Paralympic movement and the holiday of determination and desire to achieve success at any cost.

"Let the God be the judge for all those, who used to say that everything is all right with us and then barred us from the Paralympic Games."

Russia's alternative Games is due to take place tomorrow and will end on September 9.