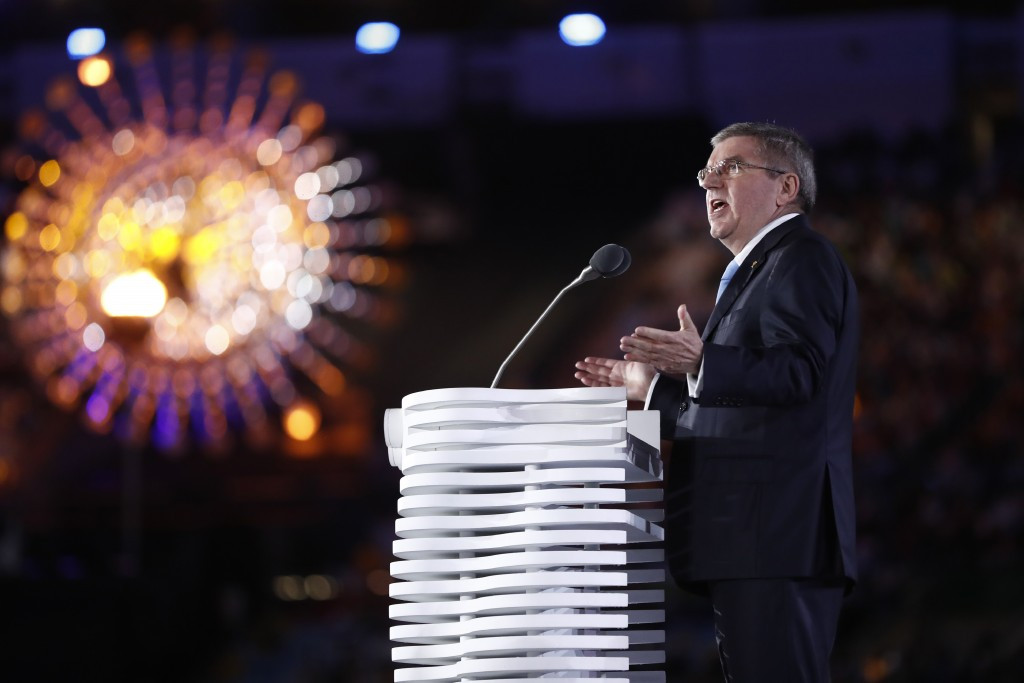 Thomas Bach will miss the Opening Ceremony of the Paralympic Games here tomorrow - the first time the President of the International Olympic Committee (IOC) will not have attended the event for 32 years.

Bach is instead due to be attending the official state mourning ceremony for Walter Scheel, the former West Germany President, who died at the age of 97, in Berlin.

The German has appointed South Africa’s Sam Ramsamy as the official representative of the IOC at the Opening Ceremony.

Ramsamy has been an IOC member since 1995 and is a delegate member to sport for athletes with a disability.

The absence of Bach, who attended the Opening Ceremony of the 2014 Winter Paralympic Games in Sochi, could be interpreted as a sign of tension between the IOC and International Paralympic Committee (IPC) over their conflicting stances regarding Russia’s participation at Rio 2016.

The IPC introduced a blanket ban for the entire Russian Paralympic team in Rio de Janeiro following the publishing of allegations of state-sponsored doping at Sochi 2014 and other major sporting events.

Their position contrasted starkly with that taken by the IOC, who opted to defer the decision over the extent of participation of Russian athletes at the Rio 2016 Olympics to the International Federations.

Russia went on to claim 19 gold, 18 silver and 19 bronze medals at the Olympic Games, but their track and field team were absent having been banned by the International Association of Athletics Federations.

Bach’s predecessor Jacques Rogge was in attendance at the Opening Ceremonies of the three Summer Paralympics that took place during his time at the helm from 2001 to 2013 - Athens 2004, Beijing 2008 and London 2012.

The man who served before him, Juan Antonio Samaranch, was present at the curtain raisers for Seoul 1988, Barcelona 1992, Atlanta 1996 and Sydney 2000.

Rio 2016 will mark the first time since the 1984 Paralympics, which were split between New York and Stoke Mandeville, that an IOC President has not been at the Opening Ceremony of a Summer Games.

"We obviously feel sorry that President Bach is not able to attend the Opening Ceremony as he has previously scheduled," said Rio 2016 communications director Mario Andrada.

"We understand that it was an unforeseen situation that held him in Europe.

"We’ve been in touch with him and with our friends in the IOC ever since the Olympic Games were over.

"We’re still learning from that and we’re still looking forward to welcoming him back to Brazil as soon as possible."

The IPC’s choice to impose a ban on the Russian Paralympic Committee, which came after suspension proceedings were opened in July, has been criticised by a number of organisations, such as the Association of National Olympic Committees, and International Federations.

Russian President Vladimir Putin has described the ban on Russian athletes as "outside the bounds of law, morality and humanity".

As many as 94 athletes are looking to overturn their ban from the Games and are awaiting rulings from courts in Cologne and Bonn, expected to be made tomorrow.