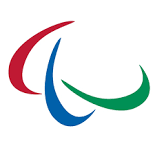 The International Paralympic Committee (IPC) has said it is now more confident than ever that the Paralympic Games will reach a cumulative global audience of four billion for the first time after confirming Rio 2016 will be covered by television, radio and online outlets in a record 154 countries.

The figure represents a 30 per cent increase in territories showing London 2012, during which coverage was beamed to 115 countries.

With some broadcasters choosing to create multi-platform options for their viewers online, in apps and on television, the IPC also expects Rio 2016, which is scheduled to open here on Wednesday (September 7) and continue until September 18, to be the start of a revolution in the way people watch Para-sport.

"We are excited to be able to build on the success of 2012, where we reached a cumulative 3.8 billion viewers, with a number of new broadcasters coming on board," Alexis Schaefer, the IPC’s marketing and commercial director, said.

"Existing partners have also recognised the demand and potential of Para-sport by boosting their coverage, utilising new technologies and spreading it across platforms."

Mexican telecommunications corporation América Móvil is due to provide coverage to 21 countries in the Americas, while Globo Sport TV will beam images of Brazil’s athletes as the host nation attempts to secure a top-five finish in the medal table.

NBC and NBCSN in the United States will be showing 66 hours, including live coverage online through the US Paralympics website.

In Canada, a consortium approach between the National Paralympic Committee, the Canadian Broadcasting Corporatio/Radio-Canada and its partners will lead to more than 1,000 hours of digital, television and radio content.

Europe will have a record of 53 broadcasters, including France Télévisions who are set to produce more than 100 hours of live broadcasts on France 2 and France 4 and broadcast a series of special programmes and documentaries.

British television’s largest ever team of presenters with an impairment will feature across Channel 4’s 700 hours of live online and television production.

Additionally, SuperSport will broadcast the Paralympics in 30 sub-Saharan African countries, alongside rights holders in Egypt and Libya on the continent more widely.

"Overall digital output is increasing, alongside our own social media coverage with even more behind the scenes content and real-time videos than ever before and a record 680 hours of livestreaming at Paralympic.org on 15 high definition channels," Schaefer said.

"We are in a fantastic position across the world, including growth in the Americas which will make a huge contribution to the legacy of Rio 2016.

"I am delighted that we are enjoying great relationships with our largest ever group of broadcasters, who are essential and committed to building the profile and reach of the Paralympic Movement around the world."

Fans can find out where they can watch Rio 2016 in their country by clicking here.

The IPC, who signed an agreement with Dailymotion last month to stream more than 680 hours of action from Rio 2016, claimed it expects more deals to be done before the Paralympic Games get underway.