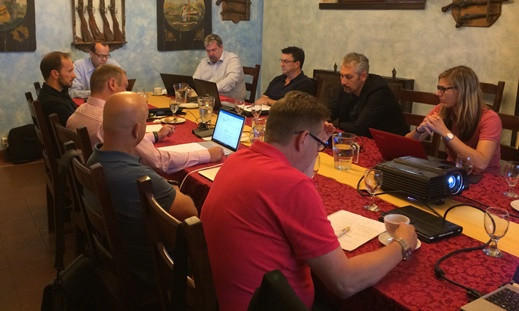 The Games in the Polish city, due to run from July 20 to 30, represent the first-ever multi-sport event to include floorball.

Since the World Games was launched in 1981, the event has become a launchpad for several sports which use it as a showcase for inclusion on the programme of the Olympic Games.

Wroclaw 2017 could be an opportunity for sports hoping to bid for a place in the 2024 Olympics to impress the International Olympic Committee (IOC).

The sport’s inclusion at the World Games was high on the agenda of a recent IFF Central Board meeting in Prague.

The Board discussed how to promote the event to the floorball community in a bid to stress the importance of securing a place on the programme of the World Games for its future development.

“We could say that the upcoming World Games will be like our Olympic Games and a very important step for floorball on the Olympic path,” Eriksson said.

A number of other topics were discussed at the IFF Central Board meeting in the Czech capital, including potential new Member Associations.

Burkina Faso, Colombia, Kenya, Somalia and Venezuela are ready to submit their official membership applications in the next six to 12 months, while Croatia, Hong Kong, Luxembourg and Taiwan are “in the stage to start the process”.

The IFF confirmed it has also begun the individual sales of tickets for the men’s World Floorball Championships, due to be held in Latvian capital Riga from December 3 to 11.

Another meeting to go over preparations is due to be held in September, the IFF confirmed.