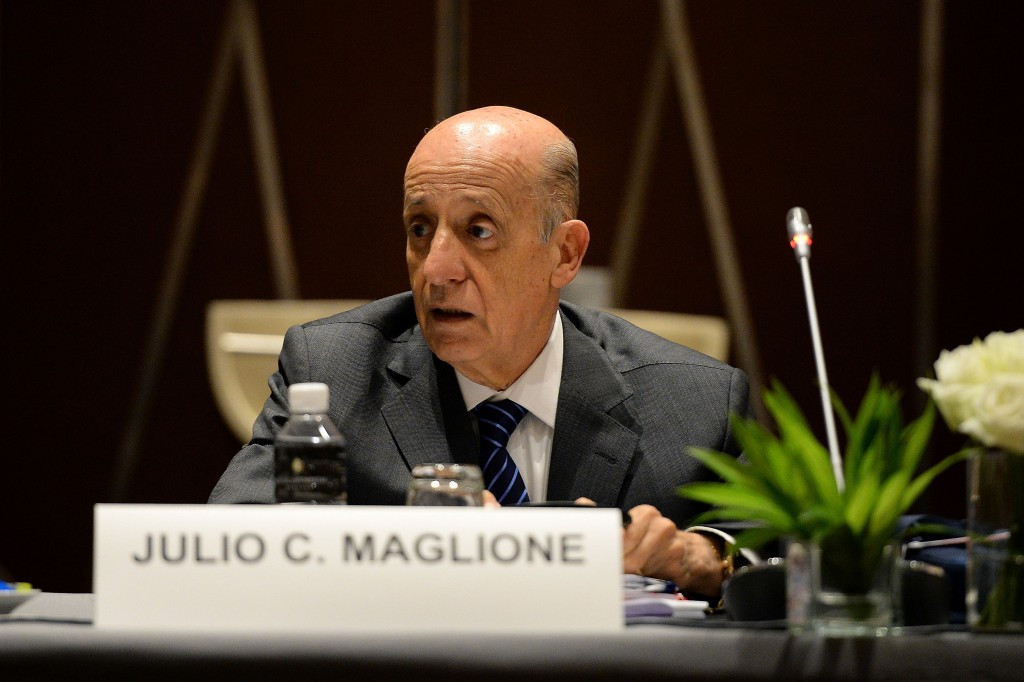 International Swimming Federation (FINA) President Julio Maglione has hit back at stinging criticism from three resigning members of the organisation's Doping Review Control Board (DRCB) by stressing they are at "the forefront" of the fight against drug use and have always adopted "transparency and zero tolerance" in their approach.

The trio claimed that unanimous recommendations of the DCRB to adopt strict criteria regarding Russian eligibility at Rio 2016, drawn-up following allegations of state sponsored doping published in the World Anti-Doping Agency (WADA)-commissioned McLaren Report, were ignored in favour of more lenient measures.

They then claim they were not made aware of who had ultimately been permitted to compete in Rio de Janeiro by the FINA Bureau until they saw them swimming during the Olympic competition.

"We deeply regret the lack of transparency that has surrounded the consideration of these important Olympic Games eligibility issues," concluded the letter, which has been obtained by insidethegames and can be read in full below.

"We are concerned that it indicates an indifference to anti-doping that is inconsistent with our own commitment to these matters, and undermines the confidence of clean competitors in the DCRB and FINA’s anti-doping programme."

FINA admitted to "obviously regretting" the resignations in a statement today amid a staunch defence of both the selections and their general anti-doping policies.

"Concerning the claims expressed in their resignation letter, FINA would like to clarify that the Olympic Games are an IOC event," they added.

"For Rio 2016, the decision on the participation of the Russian athletes has been made by the Court of Arbitration for Sport (CAS) and the IOC.

"In this very complex process, FINA did express the DCRB position but our International Federation was not the body ultimately deciding the outcome on this matter.

"With regard to the FINA DCRB technical recommendations, FINA would like to confirm that these have always been implemented, thus leading to a fruitful anti-doping strategy."

Today's FINA statement also included an extract from a letter sent back from Maglione to the three resigning moments, in which the Uruguayan claimed: "I am sure you agree that FINA is in the forefront of the fight against doping with an important financial investment in doping control activities.

"FINA always coordinates with all stakeholders in the sport movement to assure that transparency and zero tolerance in the fight against doping is in place, thus protecting the clean athletes."

The McLaren Report accused Russia of replacing positive samples with clean ones at events including the 2014 Winter Olympic Games in Sochi and Paralympics and last year's World Aquatics Championships in Kazan.

The IOC ignored pressure from WADA and elsewhere to introduce a blanket Russian ban in Rio and permitted International Federations to adopt their own eligibility criteria, which were applied with differing levels of severity.

Seven of the 37-member Russian swimming squad were ultimately declared ineligible by FINA - due to having suffered previous failures or being named in the McLaren Report in connection with these "disappearing positives" - but all seven ultimately competed following successful appeals to the Court of Arbitration for Sport and a final verdict by an IOC review panel.

But insidethegames understands that the DRCB had proposed far stricter criteria in which a lot more than seven of the 37 would have been barred.

This would have had more in common with the approach adopted by the International Rowing Federation, namely that eligible Russians must have passed tests administered by "credible" anti-doping agencies and could thus be declared ineligible even if they had not been directly implicated.

This is implied in the letter of resignation, where it is claimed the "members of the DCRB deliberated carefully and on July 27 delivered a unanimous recommendation that provided the criteria for a competent review of the adequacy of the anti-doping scrutiny to which Russian competitors had been subjected".

insidethegames has asked the IOC whether they object to FINA effectively pinning the blame on them.

More broadly, however, the three resignations signify discontent in the general decision-making processes within the swimming world governing body and the apparent lack of transparency shown.

Other members of the DCRB are thought to hold similar concerns, but did not believe resignations were the best approach.

A trip made by Maglione to Russia shortly before the publication of the McLaren Report in July is thought to have raised eyebrows, as did a controversial 2014 decision to award Russian President Vladimir Putin with a FINA Order.

There is a growing feeling within the anti-doping community that he and other members of FINA's top brass do not have any genuine desire to combat drugs problems, insidethegames has been told, particularly when it risks their relationships with countries that play a major role in hosting events.