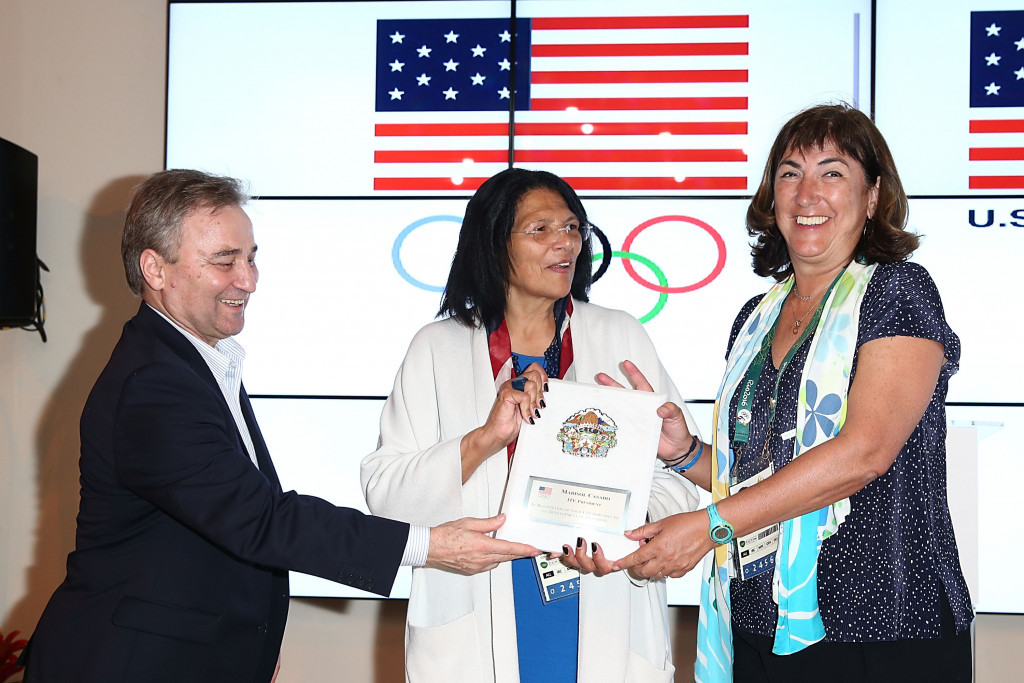 The International Triathlon Union (ITU) Executive Board has expressed its support for the decisions made by the International Olympic Committee (IOC) concerning anti-doping following a meeting held during Rio 2016.

It gave ITU members the chance to ask about the anti-doping practices of the organisation.

The ITU said “lengthy” discussions were held on a range of governance issues, with anti-doping forming a key part of the agenda in the wake of the scandal which threatened to overshadow the Rio 2016 Games.

Russian athletes were cleared to take part in triathlon events at Rio 2016 but were axed from others, including track and field, rowing and weightlifting.

Ways to enhance the anti-doping practices within the ITU were also debated “to ensure triathlon continues to offer a level playing field”.

The Executive Board voted to extend its agreement with the International Powerman Association until 2020, which includes Powerman continuing to host the Duathlon Long Distance World Championships for a further four years.

Other matters discussed at the Executive Board meeting included the 2017 budget, which was approved.

It will be put to a vote at the ITU’s Congress, due to be held in Spanish capital Madrid in December.

The governing body also agreed the 2017 World Cup calendar, the level below the ITU’s flagship World Triathlon Series, which is set to be released in the near future.

ITU President Marisol Casado hailed the success of the triathlon events at Rio 2016 as an “historic moment” in the sport.

The men’s and women’s competitions were both held late on during the Games, with the setting of Copacabana Beach providing a picturesque backdrop for the races.

Britain’s Alistair Brownlee won the men’s event, surging in front of brother Jonathan to become the first triathlete to retain an Olympic crown.

“We witnessed two incredible triathlon events at the 2016 Rio Olympics,” said Casado, who is also a member of the IOC.

“From the Brownlee brothers going 1-2 in the men’s event to Gwen Jorgenson winning the first-ever gold medal in the sport for the USA, the triathlon races, set at famous Copacabana Beach with Sugar Loaf Mountain rising in the background, will go down as a historic moment in our sport.”