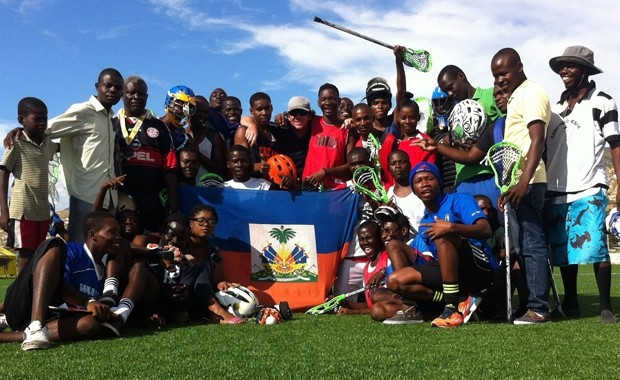 Haiti has been approved as the 55th member nation of the Federation of International Lacrosse (FIL) at the world governing body’s biennial General Assembly.

Emmanuel Charles brought lacrosse to Haiti in 2012 after seeing a friend, Mathieu Étienne, playing the sport while in the United States.

Lacrosse in Haiti started off with a few sticks and some basic instruction, and grew to two teams playing on playgrounds in Port-au-Prince in 2013.

The Canadian Lacrosse Association and Lacrosse Costa Rica donated equipment to the country, but Charles concluded that the only way to advance the sport was to create a formal association.

He met with a core group of like-minded lacrosse enthusiasts in December 2013 on the back of which the Haitian Federation of Lacrosse (FHL) was formed.

The meeting also paved the way for direct support for lacrosse development from the Haitian Ministry of Youth, Sports and Civic Action, and direct access to the Sport for Hope Centre - the nation’s top athletic facility which opened in July 2014.

The Centre opened as a result of the efforts of the Haitian Government and the International Olympic Committee’s Sport for Hope programme, which provides young people in developing countries with opportunities to practice sport and be educated on the Olympic values.

"The FIL is pleased to see the Haitian Federation of Lacrosse become its 55th member," said Tom Hayes, the FIL’s director of development.

"Lacrosse in this region is growing.

"I believe we now have six member nations there.

In September of last year, the FIL sent Haiti its first equipment grant and followed that up with a 15-day clinic in November.

Kevin Dugan, a FIL Development Committee member and social impact leader in emerging nations such as El Salvador, Ecuador, Jamaica, and Uganda, ran the clinic for the FHL.

"My biggest takeaway from the Haiti clinics was how impressed I am with the young leadership team at the Haitian Federation of Lacrosse," said Dugan.

"The group is smart, well-educated, their administrative skills are very strong.

"The Ministry of Youth, Sports and Civic Action in Haiti and the Haitian Olympic Committee already recognises their federation.

"The FHL has also secured access to the Sport for Hope Centre.

"This foundation of the Haitian Government, UN (United Nations) and NOC (National Olympic Committee) support provides a solid starting point to grow the game of lacrosse throughout the country."

Through the Sport for Hope Centre facility, the FHL has access to classrooms and meeting space as well as an equipment storage room, showers and locker room facilities, a dining hall and a new synthetic turf field.

In May of this year, the FHL received its second FIL equipment grant of 30 helmets, sticks and gloves.

Currently, the FHL has eight teams playing lacrosse with three teams in Gonaïves, two teams in Gros-Morne, and one team in Léogâne joining the original two teams in Port-au-Prince.