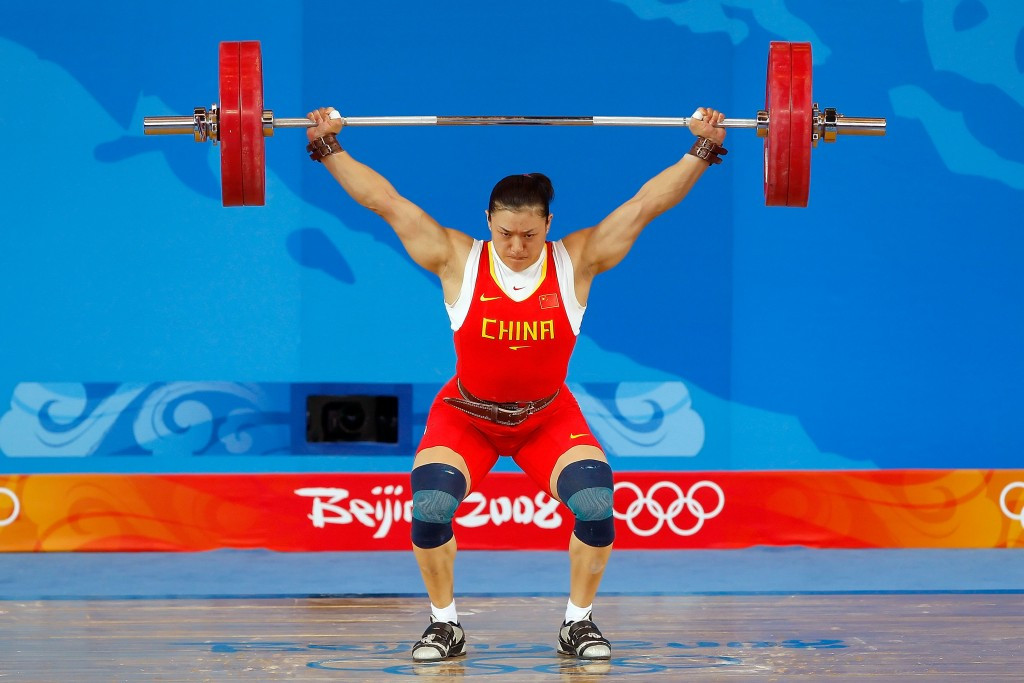 Three female Chinese weightlifters are set to be stripped of their Beijing 2008 gold medals after the International Weightlifting Federation (IWF) released the names of 11 athletes who have failed tests following re-analysis of their samples from the Games.

A total of 15 athletes have been implicated as part of the second wave of retests from the Olympics in the Chinese capital, with eight finishing as medallists.

Belarus’ Andrei Rybakov, who won silver in Beijing and is the current world record holder in the 85kg category, is also on the list after he tested positive for anabolic steroids Dehydrochlormethyltestosterone and Stanozolol.

Rybakov’s compatriots Nostassia Novikova, bronze medallist in the 53kg category, and Iryna Kulesha, who didn’t win a medal in Beijing but took 75kg bronze in London, have also been named.

Kulesha stands to lose her Olympic bronze from the Games owing to retests of samples from London 2012, as does Kazakhstan’s Maiya Maneza, who claimed gold in the 63kg four years ago but failed to finish on the podium in Beijing.

Maneza was one of four Kazakhs to be implicated in the Beijing wave of retests revealed by the IWF, along with 63kg silver medallist Irina Nekrassova, over 75kg bronze medallist Mariya Grabovetskaya and Vladimir Sedov, who did not secure a medal.

All four failed for stanozolol, while Grabovetskaya’s sample also included traces of Dehydrochlormethyltestosterone and Oxandrolone.

Russian weightlifters Khadzhimurat Akkaev and Dmitry Lapikov, who were banned from competing at Rio 2016 by the IWF as part of their entire team’s suspension in the wake of the nation’s doping scandal, also feature on the list of 15 weightlifters.

Akkaev won bronze in the 94kg category, with Lapikov finishing third in the 105kg division.

The list also includes Ukrainian Natalya Davidova, bronze medallist at women’s 69kg, and compatriot Olha Korobka, who served a four-year suspension after testing positive at the 2011 World Championships in Paris and clinched over 75kg silver in Beijing.

The Ukrainian and Russian athletes all failed for Dehydrochlormethyltestosterone.

The other athlete named, Azerbaijan’s Nizami Pashayev, did not win a medal and has now retired from the sport.

The weightlifters implicated have all been given provisional suspensions and are now facing the prospect of being forced to return their Olympic medals.