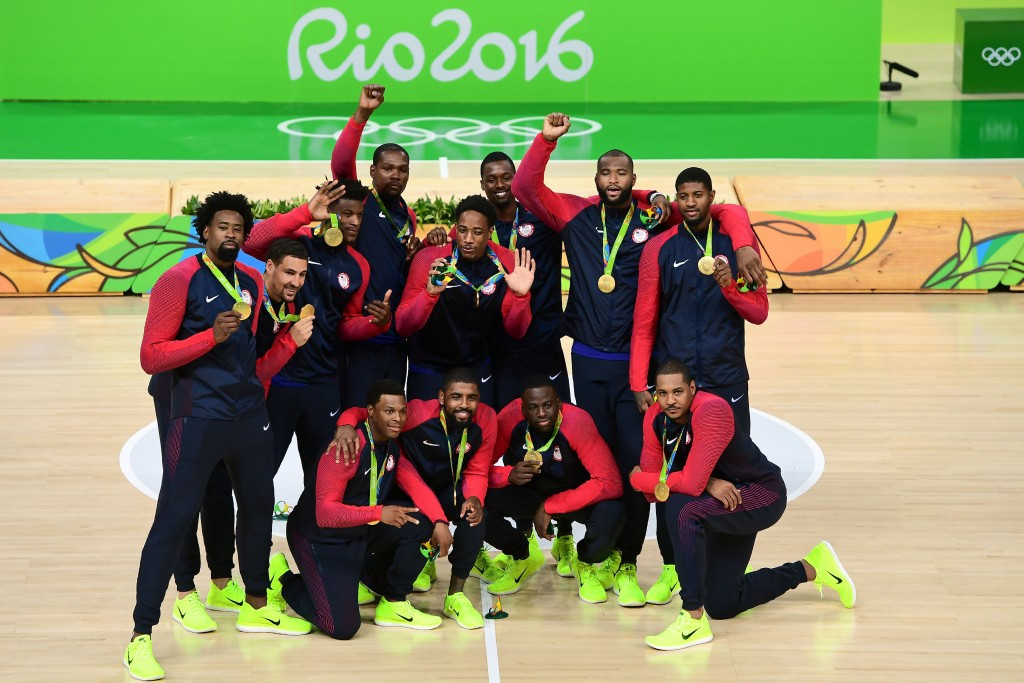 Kevin Durant scored 18 of his game-high 30 points in the decisive second quarter, including 11 in two-and-a-half minute spell that featured a trio of three-pointers and a fast-break slam dunk.

They were blown away though in the second quarter as the US outscored them 33-14 to lead 52-29 at half-time.

The second-half produced more of the same as the US’s skill and intensity at both ends of the floor proved too much for Serbia.

The US's winning margin was the biggest in a men's Olympic basketball final since they beat Croatia 117-85 in Barcelona in 1992.

Carmelo Anthony, who had a quiet offensive game with seven points, became the first men's basketball player to win three Olympic gold medals at what he says are his final Games.

"I know this is the end.

US coach Mike Krzyzewski, who will stand down after these Games, leaves his post with three Olympic gold medals and an undefeated record in Olympic competition.

He now hands the reins over to San Antonio Spurs head coach Gregg Popovich, the longest tenured active coach in both the NBA and all US major sports leagues.

Australia could not get up a shot on their last possession, sending Spain into raptures and giving them bronze to add to their Olympic silvers from Beijing 2008 and London 2012.

Australia’s Patty Mills scored 20 of his team-leading 30 points in the second half, but it wasn't enough to give his country what would have been its first Olympic medal in men's basketball.