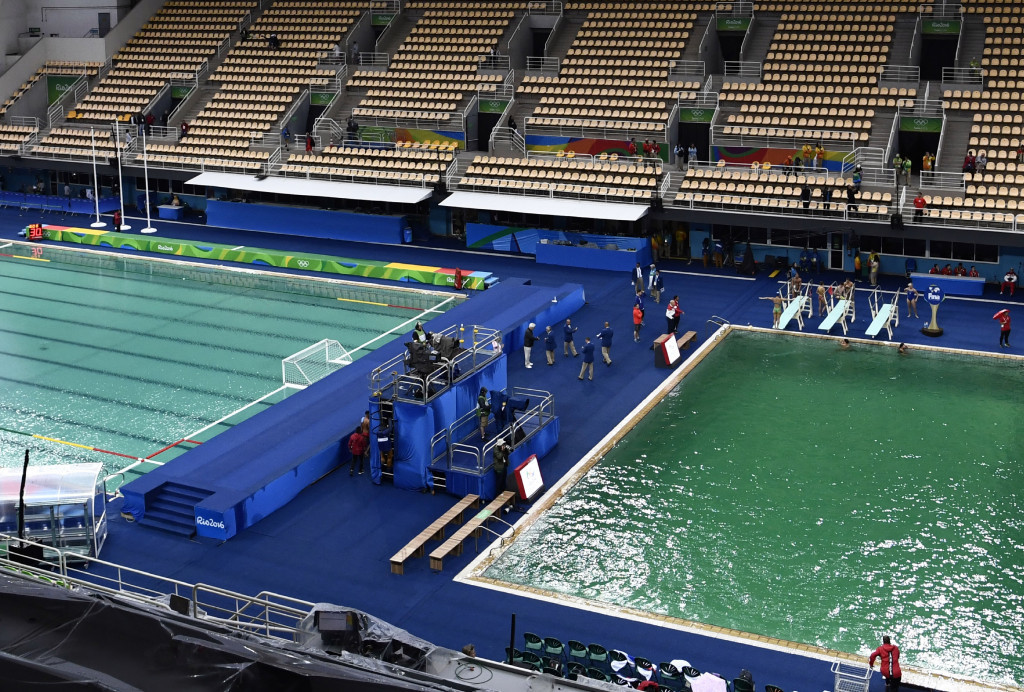 Nearly one million gallons of clear water is to be transferred from a nearby practice pool to replace the green-tinged water at the Maria Lenk Aquatics Center here after organisers have abandoned attempts to return it to its natural state.

This "radical solution" comes after officials have tried fruitlessly to return the water to its new colour before concluding that they would not be able to complete the process by the start of synchronised swimming competition tomorrow.

It is expected to take 10 hours to change the water: six to drain the green water and four to replace it with clear water using pumps and hoses.

This operation is expected to be completed by 7am tomorrow morning.

"Of course it is an embarrassment because we are hosting the Olympic Games," Rio 2016 communications director Mario Andrada said when announcing the measure today.

"It should be light blue, transparent.

"We could have done better in fixing it quickly.

"We learned a painful lesson the hard way."

This included his memorable answer that "chemistry is not an exact science" when asked for an explanation.

Rio 2016 have repeatedly insisted there will be no health risks associated with the green-tinged water, dubbed "the swamp" by divers.

Training sessions have had to be cancelled, however, due to the attempts to solve the problem.

Dirty water is now expected to be disposed of using the city's sewage system.

A series of problems have water venues at Rio 2016.

The sailing course at Guanabara Bay, rowing and canoe sprint at the Lagoa Rodrigo de Freitas and open water swimming and triathlon venues at Fort Copacabana have all faced criticism because of high pollution levels.

A starting platform to be used for open water swimming competition due to start here on Monday (August 16) has also broken due to bad weather.

A back-up platform is now expected to be brought in.