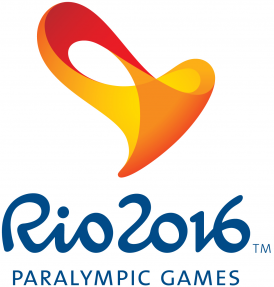 Grants owed by Rio 2016 to National Paralympic Committees (NPC) by the end of last month have still not been paid as concerns mount ahead of next month's Games, insidethegames has been told.

If unpaid, they "seriously threaten" several countries participation at Rio 2016, it is feared.

The grants, described as "vital" by the International Paralympic Committee (IPC), are used by NPCs to pay for transport and other organisational costs.

A crisis meeting took place today between the IPC, Rio 2016 and other officials from the Brazilian city.

A deadline of "early next week" has been set by the IPC for a resolution.

There are concerns that Rio 2016 is running out of money and may even have remove to sports from the Paralympic programme to try to reduce costs.

"All week we have been working closely with all parties involved to try and find solutions to the issues the Rio 2016 Organising Committee currently has in order to minimise the potential impact on next month’s Paralympic Games," IPC chief executive Xavier Gonzalez told insidethegames today.

“This has included looking at how we can bring in additional funding and making some adjustments to the scope and services provided to all stakeholders.

“With the Games fast approaching, time is of the essence, and the Organising Committee must find a resolution early next week."

Gonzalez claimed their "number one priority is that the first instalment of support grants which the Organising Committee should have paid to all participating National Paralympic Committees at the end of July, are paid in the coming week".

He added: "These grants are vital to many countries paying for their travel to the Games in Brazil. If unpaid, they seriously threaten a country’s participation at Rio 2016.

“We hope by early next week to have a clearer picture of the situation Rio 2016 currently finds itself in and the solutions we are trying to find.”

Rio 2016 claim they are taking cost-cutting measures in a similar vein to those seen ahead of the Olympic Games.

A report published in the international edition of the Valor news organisation earlier this week reported that Rio 2016 was "looking for new sponsors to cover the expenses of the Paralympic Games”.

They have since claimed no sports will be affected regardless of whether or not they do get new sponsors.

"We are reviewing everything in order for us to stage an unforgettable Games," Rio 2016 communications director Mario Andrada said today.

"Sport is the central part, so there is no idea to cut any sporting event.

"We are going to review everything from this Games so we can learn everything and make perfect [Paralympic] Games."

Earlier this week the IPC decided to install a blanket ban on Russian athletes at Rio 2016 in response to the allegations of alleged state-sponsored doping during the Sochi 2014 Winter Paralympic Games.

The ban is in contrast with the International Olympic Committee (IOC), who have adopted a more lenient approach towards Russia and allowed them to compete here.

IPC officials have repeatedly insisted there will be an "unforgettable" Games here, despite longstanding concerns over ticket sales.

insidethegames understands that worries are growing within the wider Paralympic community, however, over a lack of resources and progress across many areas.

International Olympic Committee Presidential spokesman Mark Adams said they are happy to work with the IPC and remain "very confident of a very good Paralympic Games".

insidethegames has contacted Rio 2016 for a comment responding directly to the missed deadline for grants.