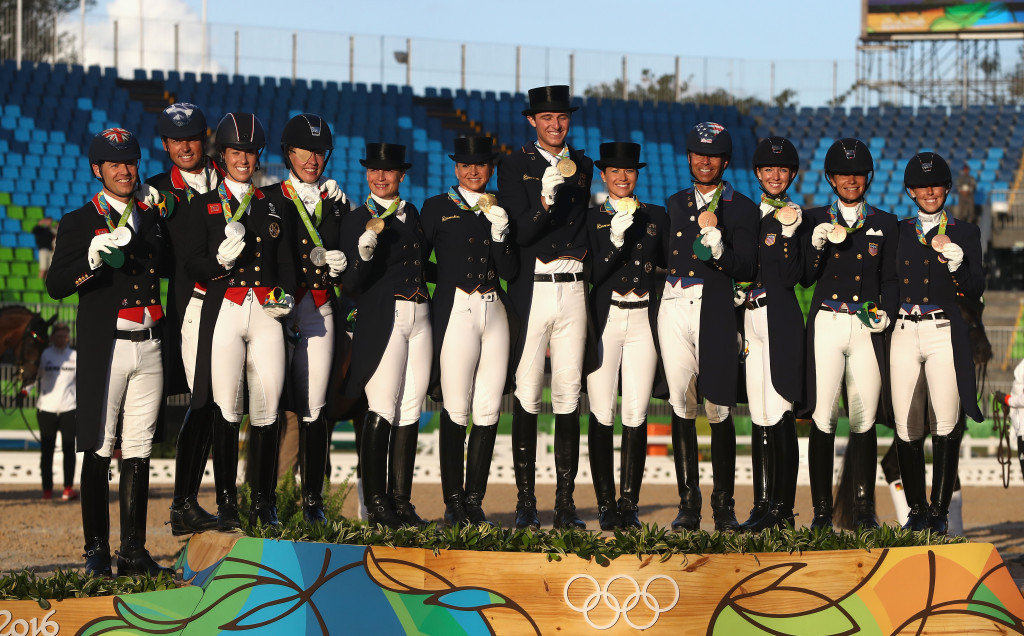 The natural order of things in Olympic team dressage was restored here today, when Germany, clear leaders after the opening phase, romped to an emphatic victory.

The Germans - winners of seven of the last eight Olympic team dressage titles, and of 12 such titles in all - hence exacted revenge on the British quartet, silver medallists here, who had taken a first-ever gold on home sand in Greenwich Park four years ago.

The margin of victory was so emphatic that not even double-Olympic gold medallist at London 2012, Charlotte Dujardin, riding the last routine of the competition on Valegro, her regular partner, could come close to wiping it out.

Indeed, after a couple of uncharacteristic mistakes, Dujardin and Valegro were outscored on the day – 83.711 percent  to 83.025 per cent - by the immensely experienced Isabell Werth, anchoring the German quartet on the beautifully-proportioned Weihegold Old.

The result means that Dujardin has missed her first opportunity to become the first female British Olympian in history to win three gold medals.

Werth, meanwhile, has extended her remarkable personal collection, begun in Barcelona in 1992, to nine Olympic medals, six of which are gold.

Germany - for whom today’s result provides compensation for missing out to France for the Rio 2016 team eventing title - won with a daunting 81.936 per cent, well ahead of Great Britain on 78.602 per cent.

The United States finished third, just ahead of the Netherlands, with 76.667 per cent.

Afterwards, Dujardin was upbeat but philosophical about the uncharacteristic errors that lowered her score.

“It was my fault really, I just used too much leg.

“I haven’t ridden that test since the Europeans.

“He is normally such a genius.

“It was a tiny little misunderstanding, that’s all it was.

“But at least he picked up and he felt in such good form.

“It took me so by surprise.

“It’s nice for the world to see that it does happen.”

During the medals ceremony, in which it has become the custom in recent years for the horses to be present, a British groom working with the German team - Robbie Sanderson - was kicked on the forehead by the front right leg of the horse Cosmo, the mount of Sonke Rothenberger.

Sanderson was led away out of the arena to much applause.

However, the German team later said that he was "fine", though he was being taken to hospital to have the injury assessed.