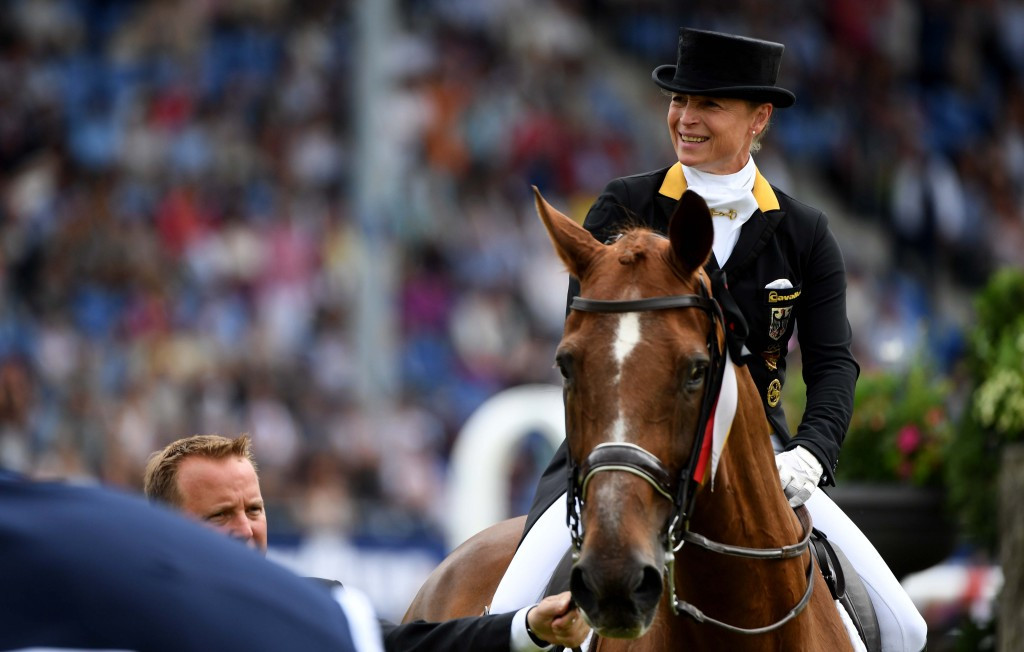 More young people are taking up equestrian than ever before ahead of the Rio 2016 Olympics, the sport's governing body has claimed.

Sabrina Ibáñez, secretary general of the International Equestrian Federation (FEI), highlighted the boost among youth as the horse and rider combinations for next month's Olympics were confirmed.

The number will include Brazil's dressage competitor Giovana Prada Pass, who will ride at her home Games at the age of 18 and will be the youngest competitor.

One of her rivals will be New Zealand's 62-year-old Julie Brougham, which the FEI says highlights the appeal of the sport across the age-groups.

"Since 2007 there has been an 83 per cent increase in the number of international competitions, and young people are being drawn into equestrian sport in greater numbers than ever before," said Ibáñez.

"Our sport really appeals to the youth culture.

"The Brazilian dressage team is a good example, with all four members below the age of 25, and one of them holding the distinction of being the youngest equestrian athlete at these Games."

In all, 200 horse and rider combinations will be represented in Rio, from 43 countries.

They will compete across the disciplines of jumping, dressage and eventing.

Britain's triple Olympic medallist William Fox-Pitt will also be one to watch in the eventing after his recovery from serious head injuries suffered after a fall in October.

“We have a really wide age-range in our fan-base due to the nature of our sport and we expect a huge following during the Rio 2016 Olympic Games," said Ibáñez.

Competition is due to take place at the Equestrian Centre in Deodoro Park but construction has not been hassle free, with FEI President Ingmar de Vos admitting disappointment at delays in February.